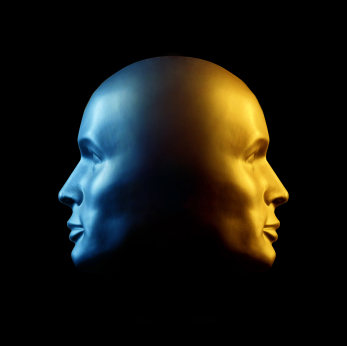 The Secret Lives of Engineers
by Kevin Morris

“What are you thinking about, honey?”

His mind raced for an appropriate answer.

“You look like you’re somewhere far away,” she continued.

He avoided the probing gaze of his wife – her trusting eyes seemingly steering right through his own, turning right, and studying the left hemisphere of his brain looking for answers. He had promised to always be faithful to her – to tell her the truth no matter what – to be honest and open with her for the rest of his life. It was an important and meaningful oath to him. He struggled to think of something to say.

“I… was thinking we should pressure-wash the deck” somehow escaped from his lips. He felt himself flush with shame.

He had actually been thinking that the high-frequency noise problem with his board might be caused by the power plane. The team had ignored his advice on doing power integrity analysis before layout (they had never done it before), and now there were unexplained intermittent problems with the high-speed portion of the design. The team had been stumped for over a week, working late nights with the prototype, but getting nowhere.

He knew she didn’t like it when he came home late so many evenings in a row. For the last three nights, she had already been asleep when he quietly entered the house, showered, plugged in his various chargeable devices, and nervously battled his way to a half-satisfying slumber.

She studied his face quizzically, her scan rolling across his forehead and down to the increasingly tense corners of the lips from which the offending phrase had just emerged. She could feel that something was wrong. Intuition told her that things did not match. He could sense her apprehension as well. This was not the first time.

Engineers are often accustomed to living a life of duality. The world in which we spend our days and a good portion of our passion is opaque and impenetrable to most of the people in our lives. At cocktail parties, the realtor tells tales of the amazing house he just sold. The audience is rapt. Everyone listening understands and appreciates the nuances of the infinity pool and the secret bookcase door that opens into a wine cellar. Similarly, everyone at the party can relate to the retail store owner’s lament that sales are off and big box stores are putting pressure on their margins.

When the question comes to the engineer, “What have you been doing lately?” we feel that familiar isolation building inside. There is no workable answer. We can try to change the topic to hobbies, music, or movies, but our high-focus careers often don’t leave us enough time to be current on the latest trends. We can try to be brutally honest, but we’ve tried that before – several times, in fact, just to be sure – and the results have never been pretty. “Well, you know cell phone towers?” “Yep.” (good so far) “Well, those connect to the main network via a ‘backhaul’ that is often microwave or fiber optic…” (audience eyes beginning to lose focus) “…packet communications where each piece of information is carried in an independently…” (audience sipping nervously at cocktail, people near the edge of the group start to wander away) “… languages called VHDL and Verilog that are used to…” (audience has narrowed to one guy, and he works at Cisco. He quietly apologizes and then shuffles off because he is bored.)

As a result, many of us have developed elaborate defense mechanisms. Some of us avoid social situations altogether. Others try to hang out with only the small group of people who share our technological isolation. Of course, those are the same people with whom we spend our long, arduous workdays. Yet others brave “normal” social situations and try to come up with clever strategies to circumvent being dismissed as introverted or eccentric. When being truly understood is unachievable, we settle for attempting to avoid being misunderstood.

When it comes to our families – the people we love and care about the most – the challenge is the greatest. My father was a teacher. He directed the high-school band. From a very early age, I could relate to my father through his profession. Sure, marching bands were a sub-culture unto themselves, and the technicalities, intricacies, and dialect of a career in the field could fill volumes. However, everyone could understand and relate to the job at some comfortable level. Even as a small child, I could connect with what my father did for a living. I understood his passion for teaching and for music. I could sympathize when his job made him happy or stressed. I could explain to my peers what my father’s job entailed. His career was a linchpin of our relationship.

When I was an adult and an engineer, my career was a mystery to my children. “How was work today Dad?”

“Well, first period we talked about ‘Tale of Two Cities’, and then we had a quiz, and then I helped Jennifer get into her locker because the door was jammed, and then second period…”

My connection with my kids had to come from vicariously re-attending elementary through high school through them, rather than relating to them through what I was doing in my engineering career.

As engineers, most of us long ago accepted the fact that the mainstream cannot easily connect with our passion. Even in school, most of us were fascinated by subjects that baffled and confused those around us. We gradually learned to separate that part of our lives from the facade we put forth to the public. Duality became a part of our normal existence. We connected socially with our friends and family on one level, and with our careers and our passion on another. We learned to compartmentalize.

With the intense level of specialization in our industry today, the isolation is even greater. Often, even the hyper-qualified PhD engineer in the next cube is difficult to relate to. If they are deep in the bowels of a DSP algorithm and we are worried about signal integrity in multi-gigabit SerDes, we may have almost no common ground for conversation despite apparently identical training and background.

This isolation can be less than healthy. As a group, we engineers have developed a reputation for being somewhat introverted and antisocial. Our relationships with family and friends can slip into the superfluous if the majority of our meaningful attention and our passionate energy is directed at esoteric and inaccessible (to them) topics in our engineering work. We can easily be perceived as arrogant or narcissistic, when the reality is that we often feel a bit lost and lonely. When your cat dies, it’s easy to find people that can relate to your problem and give you the sympathy you need. When your Fourier coefficients haven’t been behaving, it’s difficult to find someone who can offer a similar level of understanding and warmth.

It helps if we develop a way of explaining our work in terms others can understand. This description doesn’t have to be complete, detailed, or even very accurate. It just needs to be simple, and short, and to leave our friends and family with a kind of comfortable notion that they can visualize some version of what we’re up to all day every day. A good description should work top-down starting with a concept that the audience is certain to understand. Then, it should work its way down to our actual role in the process. It’s a good idea to use common metaphors that our listeners can relate to – instead of exposing them to the full horror of actual technical terminology.

“You know your cell phone?”

“I help make it work. I help make the internet work too. You see, there are things that work like big pipes that carry everybody’s email, pictures, phone calls – I help make those pipes.”

We can then test our “accessible” job descriptions on our extended family (they are required by law to listen, even if they’re not interested). Then, later, we can listen in on their conversations to see if it worked.

“What does your uncle do for a living?”

Probably the most potent weapon we have in coping with the duality inherent in our careers is empathy. If we try to put ourselves in the shoes of those around us, consider their view of the world and of technology, and think about how we might appear to them, we will often begin to behave in a way that re-connects us with the population. As much as we are emotionally connected to our jobs, we need to remember to give similar energy to our interpersonal connections. If we feel happy and understood, we’ll be more productive and more satisfied in both our personal and our professional lives. It is a win-win proposition.

11 thoughts on “Dealing with Duality”