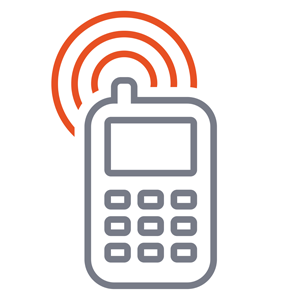 Just over a year ago I reported on femtocells, (From Little Cells Do Mighty Networks Grow?). In the article I explained that femtocells were low-power base stations for cellular phones, using the internet, through ADSL or cable, as the backhaul – connecting the phone user to the main cellular network. Femtocells are designed to take the load off the base stations, particularly for serious downloading, and to fill in gaps in coverage. Much of what was written was gathered at the 2011 Femtocells World Summit in London.

This year I wasn’t planning to go to the World Summit. I had changed my cellphone provider to get a femtocell, to get round the problems of reception in my home (and not just to get a new Samsung Galaxy 3S smartphone). And although I had said last year that this was a fast changing subject, I wasn’t certain that there would be enough changes to justify investing time in the research.

But then, at a Freescale briefing, I heard about the QorIQ Qonverge B4420 Base Station-on-Chip for Metrocells and Macrocells. Basically, Freescale have produced an SoC series that spans the 8-16 user low-end femtocell up to a full-blown macro base station capable of serving 1009+ users. The B4420 is designed to hit the 100- to 256-user market – what they described as the metrocell/microcell base station segment. The device itself is multi-core, with two dual-thread e6500 power architecture processors and a ton of memory, teamed with two SC3900 StarCore DSPs and a raft of peripherals for connecting to Wi-Fi, to an antenna, to a range of different backhaul technologies, and to almost anything else you might want to hook up to. Support for this is pretty impressive and includes a very detailed reference design, dev tools, and application software stacks.

Now, Freescale have a long pedigree in cellular phones, but this is a pretty hefty investment in the base station market. So I looked at the Femtocells World Summit website to see who was going to be there. Firstly, the name had been changed to Small Cells World Summit, and secondly, as well as the specialist companies I expected to be there, Intel and TI were also going to be present. This sounded interesting. Historically base stations, both the big units that you think of as the normal base stations and the small femto- and picocells, were powered by specialist chips from specialist companies coupled with mainstream products from the processor companies. Why were the processor companies now getting involved in this new market? As always – because it is going to be big.

Cellular phones rely on a grid of cells, each with a base station and, in theory, a roughly equal number of users in the base station footprint. In practice, humans group themselves into sparse areas of population and very dense areas, some of which, like city business areas, have massive daytime peak traffic followed by troughs. Also, the cell system was developed for voice on the move, with text coming, almost as an afterthought, as a subsidiary service. Full-blown Internet access was even later. However, last month (July 2012) a report from the UK’s communication regulator, Ofcom, showed that voice communication is declining. Landline calls have seen a 10% decline in the number of calls, and, increasingly, homes no longer have a conventional telephone line. Mobile voice calls have also fallen and have been overtaken by text (SMS). But the real killer is the increased use of the Internet from mobile devices, cell phones, tablets net-books and laptops. With a tablet and a good connection, watching a streamed movie is feasible, and teenagers find even a cell phone screen adequate. But two or three people doing this on a base station will quickly lower the quality of service to other users. Networks are being overwhelmed, not just in Britain, but around the world.  Another recent report, this time from the World Bank, has highlighted the exploding use of mobile phones in the developing world.

This gives the operators a serious headache: finding appropriate sites for base stations, then building and commissioning the stations, are all expensive, tying up precious capital. Maintaining base stations is also costly, consuming profits in operating expenses. Yet the operators are under pressure to provide increased coverage, particularly in dense city areas.

Into this gap comes the small cell, or metrocell. It is small and relatively low power and designed for up to 256 users. It is also intended to be self-configuring and remotely re-configurable. Depending on whom you talk to, these will be hung on lampposts, on buildings, and within buildings. While the femtocell uses the household/enterprise LAN, a metrocell might use a number of different technologies, but the front-runners at the moment are ADSL or a cable modem, but line of sight radio, power line signalling and even satellite links have been suggested.

The networks are going through the move to what can loosely be described as 4G telephony. With 3G, the operators had to create new base stations or upgrade existing ones.  This will not be feasible for the many thousands of metrocells that are going to be deployed, so the hardware and software has to be capable of handling 4G/LTE/LTE Advanced as well as earlier technologies, such as 3G. At the same time, it makes sense to add Wi-Fi capability. So we are looking at a smallish box that may have to maintain a high throughput for up to 250 users, with each user expecting broadband capability, through a wide range of different communication technologies. There is also discussion over operators’ sharing metrocells – otherwise, in an area with multiple service suppliers, the lampposts will quickly look like Christmas trees.

This all adds up to a significant processing task and goes a long way to explaining why the processor big boys are building their presence in this market and why the Freescale chip is such a powerful beast.

As well as hanging small cells on lampposts and buildings, the guys at Small Cell World had a raft of other suggested locations.  For example, every coffee shop or whatever that currently offers Wi-Fi access could easily swap out their Wi-Fi unit for a metrocell. As most metrocells include Wi-Fi, this is a significant gain in service for no increased investment by the location.

Another use for small cells is at the other end of the population density from city centres. Lightly populated rural areas give service suppliers a new set of headaches. Revenues don’t justify the expensive conventional base station infrastructure, but customers demand a service. If there are telephone lines and power then a small cell can easily be deployed in a village, perhaps in a local shop or community centre. If telephones and/or power are not available, then it is not too much of a leap of the imagination to see a package of a small cell, solar power and a satellite link being dropped off and set up in minutes. While several users, each doing massive downloads, will be a problem, the service is still a huge leap forward.

Back in the dense city, there are extra issues. Multiple small cells will have service area overlaps. While this has technical problems, which can be resolved, it also offers an opportunity. We have discussed how several heavy users can lower the average user service on a cell, but if there are overlapping cells, then the traffic can be shared amongst them. Several people at the Summit were talking about self-organising networks, or autonomous networks.  Kind of scary, but, more importantly, requiring that actions normally undertaken in some form of control centre are carried out in the small cells.

And this brings out another theme – the importance of software. The days of just shipping a chip into this market are long gone. The cell builders want a package, and most of the companies I spoke to are stressing that the number of people they have working on software is at least equal to, and often exceeds, the number of people working on hardware.

Given the speed with which things are changing in the small cell and cellular phone world, it looks as though I will be back at the Summit next year, to find out how the promises of this year have translated into deployed services.

So whom did I speak to?  All of the companies listed gave me material that helped guide this article, and I just trust that they don’t feel their time was wasted. So thanks to the people from, in the order in which we spoke, TI, Alcatel-Lucent, WiPro, Ixia, Intel and Ubiquisys.