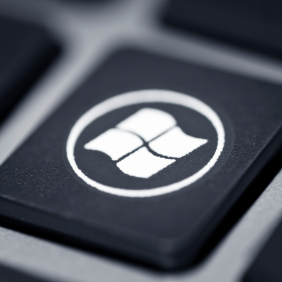 It was the Surface announcement that finally did it for me.

A few weeks ago, Microsoft announced its intention to make cool new tablet computers, called Surface. CEO Steve Ballmer and other senior executives held up two shiny new tablets, a big one and a small one, and demonstrated all the slick new things they could do. The announcement made the front page of the Wall Street Journal as well as newspapers and tech blogs around the world. “Game on!” everyone said. “Now Apple has a credible competitor to the iPad.” Counting Google (not to mention Kindle Fire and similar mini-tabs), it’s shaping up to be a three-horse race.

Predictably, the Apple aficionados and Mac bigots in the audience made fun of Ballmer’s on-stage presence. The guy is no Steve Jobs, that’s for sure. Ballmer stumbled a bit in his presentation, even stopping in mid-sentence, as if rethinking what he wanted to say. Almost as if… as if the entire event had been thrown together at the last minute. Hmmm….

I’m not usually given to apocalyptic prognostications, but I think Microsoft has finally jumped the shark. The Surface announcement was the turning point, and the company is now edging toward the abyss. You’ll be able to tell your kids about when Microsoft used to be the dominant software company in the world, right up until it tried making tablets.

Let me explain. It’s got nothing to do with Ballmer’s presentation skills – it would be pretty shallow to judge a company’s prospects by its CEO’s stagecraft – but more with the way Microsoft handled Surface in general. For starters, it came as a total surprise to Microsoft’s “partners,” the companies like Dell, HP, Lenovo, and others around the world that make PCs. These are the firms that have paid Microsoft’s rent for 25 years, and they were totally blindsided, some of them learning about Surface when they read it in the newspaper. At a stroke, Microsoft went from being their software supplier to being their competitor. Most, if not all, of those PC makers were already working on their own tablet designs, aided and abetted by Microsoft. Indeed, Microsoft reportedly stepped in and helped guide the OEMs’ hardware designs so that the tablets would work well when Windows 8 was released. Then – surprise! – Microsoft announces it’s making its own tablets to compete with the ones it just watched its partners design.

The fallout was immediate. Microsoft’s senior vice president in charge of all OEM relationships worldwide was abruptly reassigned and went on sabbatical the week after the Surface announcement. Could it be that he was blindsided, too? Or did Dell, HP, and the other hardware vendors ask for his head on a pike for poleaxing them in such a public manner?

Back to Ballmer’s presentation. Apart from announcing that Microsoft will make tablets, there was no useful information about them. How much will they cost? When will they be available? What apps will they run? What stores will carry them? On all these points Microsoft was silent. It was the worst possible kind of announcement. It had just enough information to antagonize the other tablet makers, but too little information to be of any use to consumers. Should they hold off purchasing an iPad and wait for Surface instead? Can they get one before back-to-school season? How much will it cost? From a marketing perspective, it was a mess.

Competing with your hardware vendors is one thing. Competing on uneven terms just adds insult to injury. Tablet makers reportedly have to pay a $90 licensing fee for Windows RT (the version of Windows 8 for ARM processors). Microsoft pays itself no such fee, of course, which means it has a built-in $90 cost advantage over its partners/competitors. For a hypothetical $500 tablet, that’s an 18% difference – probably more than the entire profit margin of the tablet. How are HP and the others supposed to compete when they’re starting out 18% in the hole?

Microsoft also mandates that all tablet apps must be sold exclusively through its online Marketplace app store (just like Apple’s App Store), where it takes a 30% cut of all sales (again, just like Apple). And like Apple, Microsoft has veto power over which apps can be sold. If the company doesn’t like the look of your app, it can’t be sold, period. All of which means loyal OEMs can’t create or sell whatever apps they want; they have to get Microsoft’s approval. And pay for the privilege. They can’t even load third-party crapware onto their tablets, as they do with PCs, to offset the cost or eke out some profit.

Just days after the Surface announcement, HP made a public show of canceling its Windows RT tablet. (The company still plans to go ahead with an x86-based tablet.) The HP design was just weeks away from completion, too. This was a project that was far along, presumably with Microsoft looking over HP’s shoulder the entire time to make sure the hardware and software played well together. Too bad the companies don’t play so well together. The world’s biggest software company just made an enemy of world’s biggest PC maker. Not a conventional strategy.

It bears repeating that Windows RT systems won’t run existing Windows applications or drivers. It’s not even clear that x86-based Windows 8 systems will run older Windows software, but ARM-based machines definitely won’t. And without the big catalog of applications, consumers won’t be interested in Windows RT. It looks like Windows, it acts like Windows, but it doesn’t run my old programs like Windows. What was the point again?

The one application we do know will run on Windows RT is Office (i.e., Microsoft Word, Excel, and PowerPoint). That’s because Office comes bundled with Windows RT; you can’t get one without the other. That may explain why RT’s licensing fee is so high. Tablet makers get an application suite with their operating system whether they like it or not. Presumably, they could remove Office from their tablets and replace it with something else, but why bother if you’re already paying for it? Or Office might be tightly integrated with RT the way Internet Explorer was bundled with Windows 98, a practice the Department of Justice found legally suspect.

There’s yet another version of Windows 8, of course, and that’s Windows Phone 8 (WP8). Once-mighty cellphone maker Nokia bet its entire smartphone product line on Windows Phone 7 – right up until Microsoft surprised Nokia and its customers by announcing that phones running WP7 can’t be upgraded to WP8. The sudden drop in Nokia’s smartphone sales and stock price could be heard all the way from Finland.

Two weeks later, Nokia’s Chairman appeared on television to say he has “a backup plan” in case Windows Phone fails. Take that, Redmond.

Taken all together, I see this as the beginning of the end for Microsoft. I’m no Microsoft basher (that’s too easy), nor am I an Android apologist, Linux weenie, or Steve Jobs hagiographer. I use Microsoft (and Apple, and Linux…) products all the time; probably more than is good for me. Although Microsoft’s products have their many faults, they’ve powered an unprecedented boom in the computer industry. That’s got to mean something.

Still, I can’t help thinking that the magic fairy dust surrounding Redmond has finally dissipated. In a sense, Microsoft never really had to compete in the market. Almost from the beginning, MS-DOS and Windows were the de facto standards for an entire industry, with no serious challengers. Sure, Microsoft improved (or at least, altered) its products regularly, but not necessarily in ways that aligned with customers’ wishes or moved the industry forward. The company’s long dominance led to a kind of sloth and lethargy. Being a monopoly means never having to say you’re sorry.

And few customers really like Windows all that much, anyway. Just like Intel’s processor chips, we choose it not because we prefer it but because it’s the only way to get at our favorite applications. Windows is an enabler: a delivery mechanism for our favorite drug. Windows itself is uninteresting to most people. It’s simply the bridge we cross to get to the other side. And the toll has made Microsoft one of the world’s biggest corporations.

On a harsher note, we could say that Microsoft was never really a very good or a very smart company, just one with a lot of money and clout in the industry. It wasn’t even Microsoft’s products that led to its success; it was the applications it hosted. Now that the app landscape has changed, the delivery mechanism is no longer as addictive. Windows itself is losing whatever moderately attractive features it once had, and the company is left to scramble for relevance. Like a cornered animal, it has now turned on its keepers, biting the hand that feeds it. Windows tablets, and Surface in particular, will prove the company’s undoing. For all its clout and influence, Microsoft doesn’t have a good brand reputation with consumers. Annoying your customer base for twenty-odd years will do that. Apple, Sony, Amazon, Samsung, LG, Google (perhaps), and a few others are more consumer-oriented and customer-friendly. One of them is likely to lead us into the next generation of computing dominance. So long, Microsoft. I can’t say I’ll really miss you.