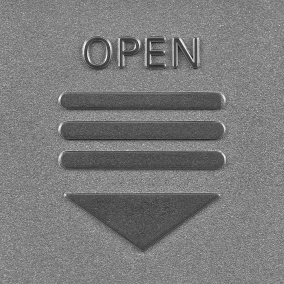 IPS Makes Flexible Use of Lithium
by Bryon Moyer

It’s roughly the size of a postage stamp. (Yes, postage stamps come in various sizes, as does this.) It’s thin (0.17 mm) and flexible. It contains no liquid; it contains no organics; nothing hazardous. Oh, and it can store energy: as manufactured, up to 32 joules. It has no memory effect; it’s “infinitely” rechargeable and can support trickle-charging. And it has extremely low leakage.

This is the description of the technology that Infinite Power Solutions (IPS) showed off way back at ESC (or Design West) for their Thinergy batteries. It’s based on solid-state thin-film technology, a key aspect of which originated out of Oak Ridge National Labs (the co-inventor is the CTO of IPS).

The technology stars lithium, which has been around in batteries for quite some time in different forms. Most notoriously, it was featured in laptop batteries that had the potential to get just a wee bit over-excited and spill their guts or explode or catch fire.

But those batteries used a flammable liquid electrolyte, and that liquid was critical to the failure mode (lithium dendrites due to plating or bits of metal in the electrolyte). Solid-state batteries have moved beyond such sordid headlines, even if rather unobtrusively. (It’s hard to advertise batteries as non-exploding, even if that might sound like an enticing feature.)

The electrolyte of choice for many solid-state batteries is LiPON – lithium phosphorus oxynitride. There’s lots of literature about this being used with any of a number of different cathodes and anodes. What’s useful about LiPON is the fact that it is impermeable to electron flow, resulting in extremely low leakage, but it allows lithium ions to pass through readily, providing high current.

IPS points to their electrolyte as their “secret sauce.” It’s not the material itself as much as it is the way they form it. After sputtering a layer of LiPON less than 2 µm thick, they do a critical annealing step to relieve accumulated stress. This results in a “mud-cracking” characteristic, kind of like you might see in a dried-up old lakebed in the desert. IPS says that the resulting structure is critical to the operation of their battery.

The thinness of the batteries is both a feature and a requirement: not only can they not sputter a thick layer of LiPON, but, even if they could, the annealing process would no longer create the right structure – they could end up with cracks that would make the battery unreliable. (At least that was what was originally stated; in a subsequent exchange, the focus was on the higher resistance that a thicker layer would have.)

While the electrolyte gets IPS’s top billing, it’s not much good without the supporting roles of a cathode and an anode. IPS uses a LiCoO2 cathode; this is a 50-µm film that they start with and onto which they sputter the LiPON. The anode is a few microns of metallic lithium. After that, the whole thing is laminated and laser-cut. The result is a thin, flexible battery smaller than a backstage laminate.

The pure lithium used for the anode is a hard material to work with – it’s highly reactive. (You may remember from high-school chemistry that it doesn’t take much for lithium to catch fire…) So they keep it in an argon environment (or a dry room) to make sure that there’s nothing around to distract it. This reactivity means that lithium oxidizes easily, so, if the battery were to delaminate and expose the lithium, it would oxidize within a few minutes, rendering it inert.

After a constant-current charge gets you to full voltage, you then continue with a constant-voltage charge; the current will then start to taper off as the battery finishes charging. When the current gets low enough, you can finally declare success and stop charging.

In fact, with traditional lithium ion batteries, you must stop charging at this point. Overcharging causes the risk of lithium plating and those pesky safety issues. But this mechanism is absent in solid-state batteries, meaning you don’t have to stop charging – you can apply a trickle charge.

This is particularly attractive for use in energy-harvesting applications. With the current state of technology, energy is harvested at a modest pace, and it may be constant or it may be bursty. It’s likely unrelated to the rate of energy consumption by the load. So the trickle-chargeability makes these batteries well suited to a slow, constant charge, with rapid bursts of discharge, as may be typical of sensor nodes in the field with short, infrequent periods of activity.

The battery voltage must also be kept above 2.1 V; below that, the chemistry changes and the battery is no longer usable. (In fact, at least with some lithium ion batteries, a battery left at too low a voltage for too long may end up looking like a short circuit if you try to recharge it. Good, clean family fun.) This means that the battery must be managed to ensure that the equipment doesn’t draw the battery down too far. Linear, Maxim, and TI make ASICs that can be used in energy harvesting applications to manage the charging and discharging of the battery.

Also beneficial for remote installations is the life of the battery: it can be recharged 10,000 times starting from a complete (legal) discharge; if you run it down only 10% before recharging (a so-called 10% “depth of discharge”, or DoD), it can be recharged over 100,000 times. As a point of comparison, regular lithium ion batteries can be cycled only 500-800 times. There’s no memory effect, so there’s no downside to discharging partially; it improves the battery life.

The capacity is set by the area of the battery – which is very large as compared to its thickness. At present, the technology won’t support building multiple layers, but multiple complete units can be stacked to boost capacity at a given area. That area is also one of the reasons for the high current-carrying capability: it reduces the resistance between the cathode and the anode.

Finally, as mentioned, the LiPON layer keeps leakage low – less than 1%/yr (around 3 nA for a 1” x 1” cell). This compares rather well against other lithium-based primary (non-rechargeable) batteries that leak on the order of 5-10% per month. While this has obvious storage and time-between-charge benefits, it’s also particularly valuable for energy harvesting, where each electron was hard-earned and can’t afford to be wasted.

The fact that this battery has no hazardous substances means that, in theory, it can be disposed of in ways that most batteries cannot. Except for two problems – one practical, one bureaucratic: from a practical standpoint, people don’t generally know which batteries have which chemistry; from a bureaucratic standpoint (and possibly motivated by the former), European law doesn’t allow disposal of anything called a “battery” – the rule is independent of chemistry, so it’s equally illegal to toss these out with the Monday garbage.

As you might guess, these batteries are positioned as being ideal for powering sensors in this evolving internet-of-things world, as well as other small, light-usage applications like RFID tags and medical sensors, and they do have competition in this space. Yet other manufacturers are focusing solid-state battery technology on higher-power applications like grid-scale storage or automotive batteries.

In all of these areas, a shift from our traditional liquid electrolytes to solid-state batteries will address concerns about battery capacity, performance, size, and toxicity. If pricing goes in the same direction, then someday we could see all of those messy liquid batteries replaced.

One thought on “Solid-State Go-Between”