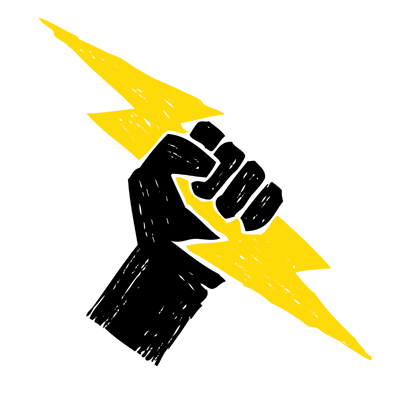 You know the old story about closing the patent office because everything had already been invented?

Well, we can shut down the embedded-microprocessor industry now. We’ve officially reached the end of the line. Everything that can have a processor chip embedded into it finally has. We’ve got chips in dogs, chips in T-shirts, and chips in legal documents. And now, thanks to Intersil, we’re embedding actual microprocessor chips in copper wire.

Even though the patent-office story was never true, I’m pretty sure Intersil is serious about the “smart wire” thing. The company has announced not one, but two chips designed specifically to make your wire go faster. Yes, it seems that adding a bit of silicon can somehow make electrons travel faster through copper. Makes me wish I’d paid more attention in Physics 101.

Okay, so Intersil isn’t totally nuts. They’re actually on to something here, and it looks like there’s a real market for exactly the kind of thing they’re building. They key word that makes sense of all this: Thunderbolt.

If you’re not already up to speed, Thunderbolt is a new industry standard for short but very fast cables. Think of it as USB or FireWire but faster. Thunderbolt cables look a whole lot like USB cables – they’ve even got the same type of slip-on, friction-fit connectors – but the magic is in how they’re used. Thunderbolt is so much faster than either USB or FireWire that you can “tunnel” PCI Express and/or DisplayPort over the cable. Cogitate on that for a moment: you can have high-speed PCI Express peripherals, which would normally reside inside the PC, out on the end of a cable. Same goes for DisplayPort peripherals. Disk drives, network ports, big screens, you name it, they can all be external to your system or motherboard. What used to be a few inches of impedance-matched parallel PCB traces can now be a consumer-friendly external cable. Nice.

So why haven’t we done this before, and why can’t USB or FireWire do the job? Well, Thunderbolt gets its speed through a number of exotic signal-conditioning and -propagation tricks. Thunderbolt specifies two 10-Gbit/sec lanes, one in each direction, and you don’t just pump 10Gbps signals through a cheap USB cable and expect anything recognizable to come out the other side. We’re well into RF territory here, and at that speed digital signals degrade into noisy hum.

The transceivers at each end of the system have to be up to the task, obviously, but that’s the easy part. Any networking or communications chipmaker already knows how to do that. It’s the cable in between them that’s the hard part. Paradoxically, we’ve been able to broadcast 10Gbps signals through the air for a long time, but sending those same signals down a copper wire is surprisingly tricky. For example, there are impedance mismatches every time the signal changes medium, such as when it transitions from the transceiver to a copper trace, and then again when the trace reaches the Thunderbolt connector. Then there’s the cable itself, which can be up to 10 feet long, plus the connector, transceiver, and PC board at the far end. For a signal pulse with a lifespan of less than a nanosecond, that’s a long trip with a lot of bumps in the road.

Enter Intersil’s silicon. The larger of the two chips is a dual-channel transceiver that gets mounted directly into the connector at each end of the Thunderbolt cable. The smaller chip is the power manager for the larger one. This is trickier than it sounds because the Thunderbolt standard allows for remotely powered devices, meaning the cable itself has to provide power for downstream peripherals if they need it, while also avoiding frying peripherals that don’t need their power coming at them through the data cable.

Thus, each Thunderbolt cable will have four chips in it, two at each end. Apart from that, though, it’s pretty standard copper in between. The chips are small enough to fit easily into the plastic molding in standard connectors without making an unsightly bump. The cable itself is usually either copper twisted-pair or micro-coax that looks like a thinner and more flexible version of your TV cable.

Between the signal transceivers within each peripheral and the two transceivers in the cable, each Thunderbolt connection passes through at least four intelligent devices, all in the span of a few feet. Such is the pace of progress. The main purpose of Intersil’s cable transceivers is to retime and resynchronize the signals just as they come off the PC motherboard or peripheral. They then condition the signals before their long journey down the micro-coax or twisted-pair, and then sync them up again before passing them off to the receiving device.

Intersil’s aren’t the first devices to drive a Thunderbolt cable – there are existing Thunderbolt cables today – but they are the first ones to be made in a standard CMOS process. Other Thunderbolt chips use silicon/germanium processing, which is both expensive and power-hungry. Somehow a cable that consumes more power than its peripheral just seems wrong, so Intersil set about to make a relatively low-power alternative.

“Low power” is a relative term here, as the company’s CMOS transceiver still uses almost half a watt when it’s active, and there are two of them per cable, remember. It’s not hard to imagine the Thunderbolt connectors getting a bit warm to the touch.

Oh, and lest you think these are just dumb timing devices, the transceiver actually has its own 8051 microcontroller inside. It even requires firmware (which Intersil supplies). These really are smart cables. What used to be nothing more than a bit of passive material science is becoming an active component of high-speed system design. Copper gives way to silicon – plus more copper. It also means the end of cheap cables. Put away your soldering irons and needle-nose pliers. The smart cable has already been invented.