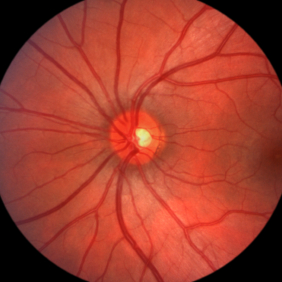 EUV Gets Closer to Hitting the Mark

It was one of the main themes at this year’s SPIE Litho conference: what are the alternatives to extreme UV lithography?

This question was based on the perennial frustration with getting enough EUV source power to be useful. We looked at the challenges and goals last year, but the discussion in that case focused most specifically on Xtreme’s laser-assisted discharge plasma (LDP) approach, a kind of hybrid between the older discharge-produced plasma (DPP) and laser-produced plasma (LPP) approaches.

When last we looked at the LDP approach, Xtreme had demonstrated 30 W and was going for 50 by the end of the year. Even though those were big steps, they were still short of the 100 W needed to achieve the 60 wafers/hour goal that will put EUV in range for high-volume manufacturing (HVM – yes, it gets its own acronym).

And so a lot of the discussion at SPIE was predicated on the question of when – even if – EUV would get to a high enough power level. As it turns out, Cymer was sitting on an announcement that they couldn’t make until their paper on Thursday, far into the conference. While not a complete game changer, it did offer a possible damper to the pessimism.

Specifically, they announced that they achieved 50 W, and that they can be in production with it this year. In the lab, they demonstrated 158 watts.

So let’s take a quick look at what they do, since their technology is very different from the LDP we saw before.

Simply put, an LPP source fires a laser at droplets of tin. The tin responds by radiating in the desired EUV range. The art comes in supplying a reliable stream of tin droplets and getting as much out of that stream as possible.

There are a number of aspects of LPP that Cymer says contributes advantages when it comes to efficiency. Probably the most straightforward one is the “collector.” It’s one thing to generate the EUV radiation; it’s quite another to gather it up and deliver it to the wafer. The structure that does this gathering is called, logically enough, the collector.

For a setup like LPP, you can well imagine that you have a droplet that glows, giving off radiation spherically. So you can create a collector that more or less surrounds the droplet, capturing a big chunk of the emitted radiation, much the way our retinas collect light (without reflecting and directing it), and with its own blind spots.

DPP and LDP, by contrast, aren’t point sources, and so they end up requiring far more complex arrangements of concentric cone-like structures that, according to Cymer, not only capture less light, but also interfere with the light and are harder to cool.

One of the challenges of LPP has been the stream of droplets, many of which might not even be hit by the laser. Timed too close together, one droplet being hit might impact the reaction of the next droplet. Cymer says that they’ve spaced the droplets out further so that every one of them gets hit without interference. They run at the rate of 50-60 kHz, which translates to tens of thousands of droplets hit per exposure field.

Startup has historically been something of an issue due to nozzle clogging; they’ve improved that, but, once going, they keep the stream going even if no light is being generated. This is so that the source can fire on demand, with no startup. Droplets that are expended when the machine isn’t exposing wafers are collected and reused. A year’s worth of operation will use about a liter of tin.

When tin is blasted, well, it tends to go places. Like the collector. This creates a concern about maintenance, since tin debris will cloud the clarity of the collector, reducing its effectiveness. And yet no one wants to have to take the machine down frequently to clean it up.

One of the approaches Cymer uses to minimize this is to have hydrogen in the chamber. The tin vapor reacts with this to create tin hydride, which is volatile. They can pump this out, reducing (although not eliminating) the amount of tin that ends up depositing itself elsewhere.

All of this was fine, but there was one more issue keeping the full energy in a droplet from being exploited. The droplets are 30 µm across, and yet, due to diffusion limits, the laser beam is 100 µm wide. Three times as big as the droplet, meaning that a large amount of the energy in the laser is wasted.

What they found is that they could apply a laser pre-pulse, which seemed to me like a red-eye reduction flash in a camera. This pre-pulse, of less energy than the main pulse, would puff up the droplet so that its size was more like that of the laser beam. So now much more of the laser beam is actually interacting with tin, making the EUV generation much more efficient.

They’ll be able to ship this 2nd-generation approach in the 2nd quarter of this year. And existing systems (of which five have already been shipped to fabs) can pretty easily accommodate the pre-pulse addition.

But, as a reminder, all of this gets us only half-way to the goal of 100 W. More is needed, which takes us to the other part of their announcement, where they blow past 100 in the lab. There are three components to their getting much higher power. One is simply generating more CO2 power – a more powerful “laser.” The second involves improving the collector. Collector design seemed to come up a lot in the conversation; there’s a lot of focus (so to speak) on making sure that, after you work so hard to generate the EUV radiation, it doesn’t leak away without getting shipped to the wafer.

Finally, having developed this pre-pulse technology, they plan to improve the power output by refining that technology.

They’re not saying, however, when this 158-W technology will make it into a production unit. So while we’re closer to EUV being a viable production solution, we still don’t quite have a date as to when that will be. My guess is that people won’t take their eye off the alternatives until that date is nailed.

One thought on “EUV Gets Closer to Hitting the Mark”