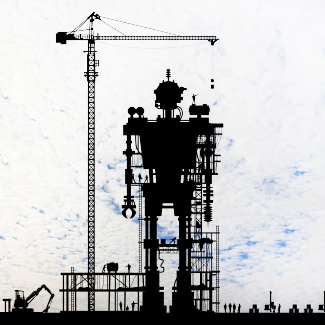 When Things Start to Think

The title this week is borrowed from the book by Neil Gershenfeld, which includes one of the best descriptions of embedded systems that I’ve ever read. It’s also a good introduction to microcontrollers and embedded software for your nontechnical friends who wonder what you do for a living.

Part of what we do, of course, is to plot world domination by cybernetic organisms. I, for one, welcome our robot overlords and always do my part to hasten their ascendancy. And what good is a robot army without a good means of communication? If Napoleon’s army traveled on its stomach, surely the next one will travel on the airwaves, using wireless communications protocols to further their manifest ends.

Helping in this noble struggle is Redpine Signals. We’ve talked about this company before (see EE Journal, May 11, 2010). The company’s latest product is called WiSeConnect and it’s an all-in-one wireless module for machine-to-machine communications. That’s M2M for those in the know.

The thing is tiny: only about one square inch. And it couldn’t be easier to use. The only interface you see is a UART, SPI, USB, or Ethernet (your choice). The module itself handles the messy TCP/IP stack, the DHCP server stuff, HTTP requests, and the wireless overhead. You don’t need to know any of that – indeed, you’re prevented from messing with it – and you can just merrily poke bytes at the UART.

It even comes with security (acronym alert): WPA/WPA2-PSK, TKIP, WEP, EAP-TLS, EAP-TTLS, EAP-FAST, and PEAP-MSHCAP-V2 are all supported. A built-in antenna is included, or you can attach your own, and the thing even speaks to SEP 2.0 smart appliances. In short, there ain’t a lot that this little module won’t do.

Perhaps its best feature is that it’s so idiot-proof. Plenty of embedded designers are adding wireless connectivity to their products, but not a lot of us have experience creating and managing wireless interfaces. And as the spectrum, frequencies, interfaces, and protocols associated with Wi-Fi (and Bluetooth, and ZigBee, et al.) get more complicated, that job just gets tougher. If you didn’t memorize Shannon’s Law in first-year engineering school, you’re probably already too late to the party. Wi-Fi connectivity is one aspect of product design that I happily abdicate to outside experts.

Want to make your own Internet-enabled Coke machine? This thing is just the ticket. Wireless printer? Check. Cordless security cameras? They’ve got that covered. Invisible flying killer robot drone? Heck, all you have to do is the invisible flying robot part; the wireless communication to the rest of the swarm is in the bag.

Now that we’ve swept communication and collaboration out of the way, it’s time to deal with 3D stereoscopic laser X-ray vision. Well, maybe not the laser part, but 3D stereo for sure. Toshiba and Movidius have formed a cabal (they call it a routine business collaboration, but we know better, don’t we?) that aims to bring 3D imaging to cellphones. You see, Toshiba already makes tiny little cameras for cellphones, and Movidius makes 3D-imaging silicon and software that renders those images into recognizable 3D pictures.

You may remember Movidius from our earlier coverage (see EE Journal, March 9, 2010), where they announced a take-it-anywhere editing studio. That was also intended for cellphones and other portable devices. Sense a pattern here? The Irish wizards at Movidius specialize in that kind of thing.

You see, snapping 3D pictures is harder than it looks. Having two cameras is just the beginning. If the two cameras aren’t identical (and for most dual-camera cellphones, they aren’t), you have the problem of merging two images that have different resolutions, different white-balance, different focus, different saturation, and who-knows-what other variations. Even if the cameras are nominally identical, subtle manufacturing differences between them can make their two images look different anyway. Even trivially simple problems like holding your cellphone camera slightly askew can vastly complicate 3D image synthesis.

Movidius fixes all of that with its 3D image post-processing chips like the new MA1178. It handles the raw image output from the twin cameras, even if the cameras aren’t identical. The MA1178 then munges the images – it also works with video – and passes everything to the downstream chipset. The slick part is that your device’s system logic doesn’t have to know the MA1178 is there. It simply works inline, inserting itself between the cameras and the logic to which they were previously attached. A kind of intelligent filter chip. Very sneaky.

Between the 3D stereoscopic vision and the secure, wireless communication, it looks like we’re well on our way to the new cybernetic world order. On your feet, soldier! We’ve got work to do!