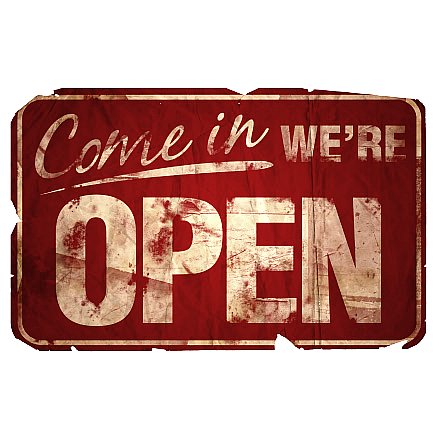 Open vs. Closed: A Design Dilemma

Free and open technologies are certainly charming. They help alleviate the burden of development and allow you and your colleagues to focus on that important phrase, the “value add”: that part of your product that’s truly original.

Linux is the poster child for open software. It’s developed by the community and freely licensed to pretty much anyone who wants it. It’s a great field-leveler, allowing even small companies to develop big products without the big-OS headaches. Well, sort of.

Android is a nifty spinoff of Linux, with Google’s own bells and whistles added on. It’s been popular in the cellular handset business, running about neck-and-neck with Apple’s iPhones. (The numbers can be misleading: the iPhone is more popular than any single Android phone, but because there are several Android makers and only one Apple, Android itself is more popular than Apple’s iOS.)

But Android’s openness is also its weakness. It’s easy to build a cheap Android phone, and that’s exactly the problem: some companies do build cheap Android phones. The failure rate for Android-based phones is twice as high as for other smartphones. Research firm WDS analyzed a year’s worth of tech-support calls to cell phone carriers (that’s 600,000 calls) and discovered that 14% of the calls related to hardware failures for Android-based phones. That compares to 6% for BlackBerry, 7% for iPhone, and 11% for Windows phones.

Guess which two smartphones have the lowest failure rates? The proprietary ones. And the two open-OS platforms have the highest failure rates. Worse than that, the cell phone carriers were spending as much as $2 billion per year repairing or replacing all those busted Android phones.

So what’s the lesson here? Not to use a freely licensed operating system? Build better hardware? Start a lucrative career repairing Android phones?

Part of the reason there are so many bad Android phones is because it’s allowed. We’re seeing free-market forces at work here. Companies build bad Android phones because they can; Google doesn’t prevent them. RIM and Apple, in contrast, control all their hardware manufacturing, and they set a higher bar for quality. Google (and Microsoft, though its Windows Phone program) exert less control over hardware configurations and quality. They’re more interested in proliferating their respective operating systems than in backing any single hardware design. That laissez-faire attitude leads to a wide array of hardware features, functions, and quality. One side believes in evolution while the other backs intelligent design.

Obviously, there’s nothing to prevent companies from making good Android-based phones, either, and many do. The forces of marketplace evolution will eventually weed out the bad ones and allow the good ones to flourish and reproduce, yielding future generations with even better characteristics. Google has also decided that a little divine intervention is in order. The company is now enforcing certain GUI standards so that future Android phones will at least look more or less the same. It’s also harmonizing its handset and tablet versions of Android (“Ice Cream Sandwich”) so that they look and act the same, too. The company felt that unbridled freedom was a bit too much of a good thing. Like a concerned shepherd, Google needed to thin the herd for the good of the flock.

Does that make Android any less open? Not at all. It’s still got plenty of knobs and dials that developers can adjust, and it’s still (sort of) free. In exchange for Google handing you a complete and fully featured operating system, you merely have to agree to abide by certain rules. Nothing wrong with that. Whether the tighter reins will actually help the “open” Android overtake its “closed” competitors is still, well, an open question.

One thought on “Open vs. Closed: A Design Dilemma”