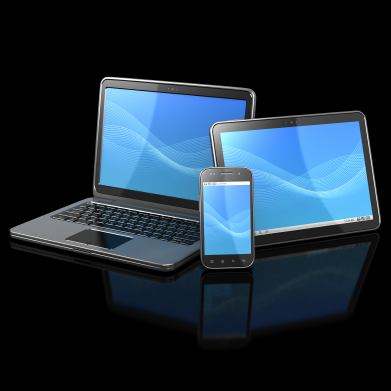 Moore for the Masses

Programmable logic devices such as FPGAs are bigger beneficiaries of Moore’s law than perhaps any other class of semiconductor device.  One could, of course, argue that memories deserve that title.  However, memories are at the opposite end of the spectrum from FPGAs on sustainable price margins – with memories being far on the commodity side, and FPGAs carrying extraordinary margins due to the vendors’ deadlock on tool, IP, and design technology.

Looking deeper at these two technologies, it is interesting to see that memories have literally poured into the vast ocean of consumer devices, while FPGAs have not.  With all the power that FPGAs bring to problem solving in electronic design, it is interesting to analyze the role of this important technology in the highest-volume applications on earth – the ones that all of us use in our every day lives.

This week, at the Consumer Electronics Show (CES) in Las Vegas, thousands of exhibitors will show off their newest engineering creations.  If one looks at the spectrum of consumer devices, one sees an interesting divide.  There are essentially two separate and distinct tiers of products – technologically speaking.  One, equipped with bleeding-edge technology and made public by massive engineering investment and enormous volumes, is represented by products like Apple’s iPhone and iPad.  The second category is represented by devices using older-generation technologies and off-the-shelf components, stitched together in new and creative ways to realize new features and capabilities not found in competitive products.

At CES, curiously billed as the “Super Bowl of Electronics”, we find a very non-Super Bowl phenomenon.  That is, we don’t see the biggest, most powerful teams showing up to play.  Apple, for example, the single company that has arguably innovated the most in consumer electronics over the past decade, doesn’t have a presence.  What we see instead are a plethora of the “other guys” – the companies who use commodity technologies in an attempt to duplicate and/or +1 the products created by the bona-fide big guys.

It is these sorts of applications where FPGA should most definitely shine.  FPGAs have the ability to bridge those two off-the-shelf devices that wouldn’t talk to each other, or to add that one extra hardware feature that wasn’t available, or to integrate those last several bits of junk that were cluttering up the board and running up the BOM.

So, why haven’t FPGAs taken off in consumer?

Sure, one can find the likes of Xilinx in the back room at CES – giving demos and briefings on the usual FPGA-related applications.  But even at CES, you’ll find most of the FPGA demos are on bigger-iron things like automotive telematics or the well-paved tried-and-true display management functions.  Out on the big show floor, the presence of programmable logic is hard to detect.

Some of the most interesting inroads into the consumer market are not from the biggest two FPGA companies at all.  As we’ve discussed before, companies like QuickLogic and SiliconBlue (recently acquired by Lattice Semiconductor) have been quietly making their living selling huge volumes of very cheap chips into consumer applications like personal media players, tablets, smartphones, digital cameras, GPS units, camcorders, and other consumer candy.  These companies have focused their energy on developing devices that bring the power and flexibility of programmable logic to the battery-powered world.  At the same time, they have steered just clear of FPGA behemoths like Xilinx and Altera – whose low-cost devices are still one notch up the scale on power, unit cost, and overall system integration cost.

The obvious reason that higher-end FPGAs don’t end up in many consumer-oriented devices is cost.  The chips are just too expensive.  Conventional wisdom is that the logic inefficiency of programmable devices compared with full-custom chips translates into greater silicon area and, therefore, greater cost.  However, this argument doesn’t really stand the smell test upon closer examination.  The majority of the high cost of high-end FPGAs is margin.  FPGA companies simply extract more money for each acre of silicon they produce.  Don’t assume from this that the FPGA companies are fleecing us – rolling around in giant piles of cash while we struggle to get our designs to market.  They obviously are not.  The extra margin in FPGA silicon goes largely to cover the extraordinary cost of supporting design with these devices – with tools, IP, and services.

Much has been written about all the wonderful things that FPGA companies include “for free.”  We get free (or very dramatically reduced-cost) design tools, free IP, free help from AEs, free reference designs, subsidized design kits, fantastic service – and the price of all these “free” things is nicely amortized into the difference between what we pay for a chip and what the FPGA company pays to get that chunk of sand etched with their magic inscription.

FPGA companies grew up supporting massive numbers of low-volume designs, and it is very difficult to spin that infrastructure on its head to create a package that is suitable for small numbers of high-volume designs.  Neither of the big FPGA companies wants to be the first to “blink” and compromise the margins and the tool and service expectations they’ve set with their existing customers through the decades, so they leave the “low-end” of the market to niche players.

It is possible that new classes of devices like Altera’s new SoC FPGAs and Xilinx’s new Zynq may break this mold.  Perhaps these chips will end up in more mass-market consumer-class systems, and we’ll see an edification of the programmable-free masses that will bring the kind of thinking required for design with programmable hardware into CES-class products.  If so, it is possible that non-SoC FPGAs might become just a sideshow – relegated to the same classes of special-purpose applications where they started.

For now, however, programmable vendors are still trying tentatively to prove themselves outside their normal sandbox.  Time and time again they go back to reinforce their grip on their loyal base of core customers in industries like communications infrastructure, while continuing to dip their collective toes in various other markets like consumer electronics – just waiting to see if the water is warmer yet.

7 thoughts on “Moore for the Masses”