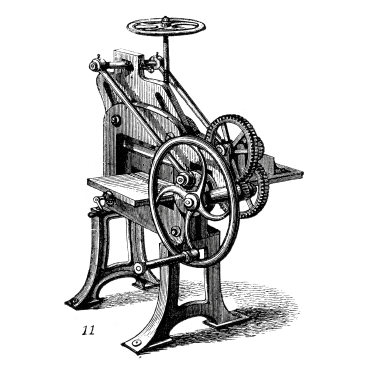 Going Against Your Intuition

Most Interfaces that are Considered “Intuitive” Aren’t
by Bryon Moyer

Apple has been in the news a lot lately. Or, perhaps better to say, a lot more than usual.

There’s no doubt that Apple has done a ton to shape the equipment we use today. They have undoubtedly simplified how many gadgets work. But part of the Apple mystique has been about “intuitive” interfaces, and I’d like to pry more deeply into that issue and even put forth the heresy that Apple is no more intuitive than any other company. In fact, you could argue that some of its thinking might force it to be counter-intuitive.

But I’m getting ahead of myself.

In the interest of full disclosure, due respect notwithstanding, I’m not a huge Apple fan. I used to be, but my experiences took the luster off. Things didn’t “just work.” (In fact, I’ve used Windows products for many more years than I used Apple, and yet I’ve cumulatively had far more Apple hard crashes than blue screens – so much so that, when remodeling my home office many years ago, I actually wired in a separate switch so that I could power off the stuck Mac without always having to crawl under the desk to unplug it due to it no longer having an off switch). So you might consider me suspect from the outset.

On the other hand, I don’t think any company has a lock on the best technology. Windows is more intuitive for me, but, then again, it’s what I’m used to.

Which leads to a fundamental question: just what does “intuitive” mean? We use the word in a manner that suggests it means that anyone would know how to use a device without any training. But I’m going to create a distinction here between the notions of “instinctive” and “intuitive.”

Instinct is something we’re born with. It’s universal. Newborns have an instinctive way of getting food – perhaps the only truly instinctive user interface. And, whether you’re 1 month or 100 years old, if something comes rushing towards your eyes, you will blink. That instinct is presumably born of the process of elimination: of our forebears, the ones that didn’t eat or didn’t blink reproduced less. Or not at all.

Intuition, on the other hand, is a cultural thing. In North America, if we want to find the sun, we will intuitively look towards the south, where it’s always been. That intuition would be reversed in Australia. East Coasters look in vain for a sunrise over the ocean when they’re on the West Coast. Either Coasters are completely confused in Rhode Island, where the “East” coast happens to face south.

If you do or see or experience something for long enough, it becomes an expectation, and it inculcates itself into your intuition.

The point here is that, in contrast to instinct, nothing would be intuitive to all humans. And this is important for interface design. My intuition when trying to figure out how to accomplish some new function on my computer is to go to a menu with a likely-sounding name and look for a likely-sounding item in that menu. If the whole menuing system gets changed – say, to a “ribbon” system, then it feels completely unintuitive – because it’s not what I’m used to.

If I get used to the new ribboning system (assuming I like it – which depends on whether that system makes things better or simply requires multiple clicks where one used to suffice… <ahem>), then that will replace my old intuition.

If you’re designing a program for darkroom photographers, you’ll use concepts like “dodge” and “burn” for lighten and darken (or is it darken and lighten?) and an “unsharp mask” to sharpen a picture (really??). That’s intuitive to darkroom jockeys. And that is how Photoshop was designed.

For those of us who have taken the shortcut directly to digital without spending time in a darkroom, it makes no sense. “Burn” is what I do in the sun; “dodge” is what I do when an accusation is flung my way. So learning Photoshop is hard for folks like me.

I’ve seen plenty of Mac users sit in front of a PC and say, exasperatedly, “Oh, I just can’t figure out how this works.” The assumption is that their Mac is natural to use and the PC is contrived.

But I can give specific examples of the reverse. And my intent here isn’t to bash Apple; I’m simply coming from a non-Apple world and using my experience as examples. (Besides, no other company has cultivated such a myth of intuitiveness.)

The most egregious example is simply sitting in front of a Mac that has its ribbon hidden. You look at the screen and wonder, “OK, what the hell do I do now?” There’s no visual clue whatsoever. If you happen to move the mouse towards the bottom, then, whoa! A ribbon shows up! So now maybe I can do something. (That is, if I understand all the icons, which I won’t, so I’ll go one by one figuring out what they do.)

Another example comes from the browser world. With Firefox, for example, tabs are closed by clicking on a little “x” on the right side of the tab. When I looked at Safari, there was no such “x”, so I wondered how to close a tab. Turns out, if you hover over the place where you want the “x” to be, it suddenly shows up!

This latter example is one of explicit counter-intuitiveness. Instead of getting a visual clue to lead you to the solution, you must already know the solution before you get a visual reward that, yes, you are cool, you are worthy, you are in the know, and you will be allowed to proceed.

I hear from a number of people that the “intuitive, just works” thing falls far from reality – and that people actually take classes at the Apple Store. Why would you need classes for something intuitive? However, Apple does have something that helps here: lots of stores where it’s very easy to go get help and service. No other computer franchise has anything close to that. The need for intuitive is reduced if it’s easy to get help.

Moving to other devices, my first interaction with an iPod was an exercise in utter frustration. Someone had used an iPod to fuel the music for a party at my house. The party was over, and the iPod owner had crashed in one of the rooms. The music was still going; time to shut it off.

I futzed with the thing – discovering along the way that some things worked by running your fingers in a circular fashion (something unlike anything I’d used, and therefore not intuitive). But for the life of me I couldn’t shut it off. There was no obvious “off” button. Or function. Or anything. So I turned the volume completely down (my explorations had yielded that tidbit) and figured it would shut off when the battery died.

Looking beyond Apple, Blackberries flash “danger” red when messages come in and “no problem” green when the battery is low. And don’t even get me started on the high-end cars that have replaced old-school obvious knobs and such with a row of identical buttons differentiated solely by bizarre, obscure icons or perhaps soft menus on some screen that you’re supposed to figure out while not plowing off some cliff in the process.

When I kvetched to my kids about my iPod experience, they explained that, to shut it off, you hold the “play” button down extra long. I blustered, “How is that intuitive??”

And I got the response I would hear over and over again: “It’s intuitive once you know how it works.”

Seriously; that’s what people say. I heard the same thing after making my much-regretted move from a Blackberry to an Android phone with a touchscreen.

That statement, to me, means the same thing as, “It’s not intuitive. You have to be taught how it works.”

And, in fact, Apple’s motto isn’t, “Think intuitive!” It’s, “Think different!” In other words, if everyone is already doing something the obvious way, then find a new way to do it. People will figure it out eventually.

So why have so many of the Apple ways of doing things caught on? Undoubtedly, in some cases, it’s because they made things easier than the alternatives. iTunes is a great example of that.

In other cases, they have the marketing machine from heaven where every marketing message is turned into a headline on the nightly news – sometimes the national news. JEALOUS!!! [Sorry, my inner marketer snuck out there…]

But I think there’s another thing at work, and it’s related to the fact that kids use a lot of the new gizmos. Kids have time. And kids experiment: they learn by simply trying things until they work. While adults already have intuition, kids are still building their intuition.

So kids will take the new whatsits and push all the buttons and spin the doohickey around and try all the different combos and permutations, and, through sheer dint of experimentation and experience, they figure out how the things work. I think that’s particularly true for the kinds of interfaces that Apple does, which are less rooted in engineering dogma.

And, by the way, those kids are connected. They can communicate the things they figure out to each other with lightning speed.

By contrast, we adults have built up too much intuition. We have paradigms that are still nascent in kids. So to us, a new user interface is a new paradigm, and we all know how much fun paradigm shifts are.

I’ll re-iterate here: my point isn’t that Apple is bad. Or that Windows or anyone else is bad. (Although you can clearly point to specific things on either side that could use improving… sometimes a lot.)

The point is that paradigms are like religion. There are things you take on faith, and you can change your faith, but no faith is obvious, and no faith is inherently right. You believe what you grew up with. Or what you later changed to and then accepted.

The point is that you have to decide who your audience is before you can say what’s intuitive. Nothing is intuitive to everyone. If your audience consists of Apple users, then doing things the Apple way is the obvious right choice. And the same goes for Windows or any other established franchise.

None of this is meant to suggest that we need to stay with old, tired ways of doing things if new ways might be better. It’s nice for things to be intuitive, but sometimes we can make progress by forging a new way, which will eventually become the new intuitive.

So if you’ve got some great user interface ideas that really make things better, go for it. Just remember that your new widget may be better, it may be innovative, it may be simpler. But that doesn’t make it intuitive.

7 thoughts on “Going Against Your Intuition”