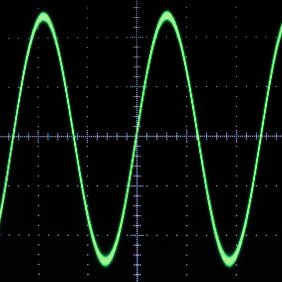 Best Practices for FPGA Prototyping of MATLAB and Simulink Algorithms

As the complexity of modern FPGAs and ASICs increases, engineers are discovering that verification using HDL simulators alone is not enough to fully test system-level design requirements in an efficient and timely manner.

Many engineers are now deploying FPGAs for algorithm acceleration and prototyping. Using FPGAs to process large test data sets enables engineers to rapidly evaluate algorithm and architecture tradeoffs and test designs under real-world scenarios without incurring the heavy time penalty associated with HDL simulators.   System-level design and verification tools like MATLAB and Simulink enable engineers to realize these benefits by rapidly prototyping their algorithms on FPGAs.

This paper describes Model-Based Design best practices for creating FPGA prototypes with MATLAB and Simulink. The best practices are listed below and highlighted in Figure 1.

Why prototype on FPGAs?

Prototyping algorithms on an FPGA increases confidence that the algorithm will work in the real world.  In addition to running test vectors and simulation scenarios at speed, engineers can use FPGA prototypes to exercise software functionality and adjacent system level functions, such as RF and analog subsystems.

Moreover, because FPGA prototypes run faster, larger data sets can be used, potentially exposing bugs that would not be uncovered by a simulation model.

Model-Based Design using HDL code generation enables teams to produce the first prototype faster than a manual workflow, as illustrated in Figure 2. In addition, this approach lets engineers make algorithm changes at the system level, rather than at the implementation level, which accelerates hardware iterations.

To illustrate best practices for FPGA prototyping using Model-Based Design, a digital down converter (DDC) will be used as a case study. A DDC is a common building block in many communications systems (see Figure 3). It transforms a high-rate passband input, which requires substantial computational resources to process, to a low-rate baseband output, which can be easily processed by less computationally-intensive DSP algorithms.

The main components of a DDC are (see Figure 4):

To make intelligent decisions on the required fraction lengths, engineers need a way to compare the floating-point simulation results against fixed-point simulation results before starting the HDL coding process. Increasing the fraction length reduces quantization errors, however, such increases does mean that word length needs to be increased (more area and more power consumption).

For example, Figure 5 illustrates the differences between the floating-point and fixed-point simulation results for stage 1 of the low pass filter in the DDC filter chain.  These differences are due to fixed-point quantization. The figure on the top show both the floating point and fixed point simulation result overlayed. The bottom figure shows the quantization error at every point in the plot. Depending on the design specification, engineers may need to increase fraction lengths to reduce the introduced quantization error.

In addition to selecting a fraction length, engineers must optimize the word length to achieve low-power and area-efficient designs.

In the DDC case study, Simulink Fixed Point was used to reduce the word length of parts of the digital filter chain by as many as 8 bits (see Figure 6).

–        Quickly assess if the algorithm can be implemented in hardware

–        Rapidly evaluate different algorithm implementations and choose the best one

For the DDC case study, we generated 5780 lines of HDL code within 55 seconds. The code is readable and readily understood by engineers (see Figure 7). Automatic code generation enables engineers to make changes in the system-level model, and produce an updated HDL implementation in minutes by regenerating the HDL code.

For example, in Figure 9, the spectrum scope view enables the engineer to make an informed decision to ignore the mismatch between the expected results and HDL simulation results because the differences lie in the stop-band.. The digital waveform output, in contrast, just flags the mismatch in expected results and HDL simulation results as an error. The engineer may eventually arrive at the same conclusion, but it would take more time to complete the required analysis.

Having been verified via HDL simulations or HDL cosimulations, the DDC algorithm is now ready to be deployed on an FPGA target platform.   FPGA-based verification, also referred to as FPGA-in-the-loop simulation, of the algorithm increases confidence that the algorithm will work in the real world.  It enables engineers to run test scenarios faster than traditional HDL simulation.

For the DDC algorithm, the Simulink model is used to drive FPGA input stimuli and to analyze the output of the FPGA (Figure 10).  As with HDL cosimulation, the results are available in Simulink for analysis.

In this case, FPGA-in-the-loop simulation was 23 times faster than HDL cosimulation. Such speed increases enable engineers to run more extensive sets of test cases and perform regression tests on their designs.  This enables them to identify potential problem areas that need more detailed analysis.

Though slower, HDL cosimulation provides more visibility into the HDL code. It is, therefore, well suited for more detailed analysis of the problem areas that are found during FPGA-in-the-loop simulation.

Following the four best practices outlined in this article enables engineers to develop FPGA prototypes much faster and with a greater degree of confidence than a traditional, manual workflow.  In addition, engineers can continue to refine their models throughout development and rapidly regenerate code for FPGA implementation. This capability enables much shorter design iterations than a traditional workflow that relies on hand-written HDL.  To learn more about the workflow outlined here or to download a technical kit, visit http://www.mathworks.com/programs/techkits/techkit_asic_response.html