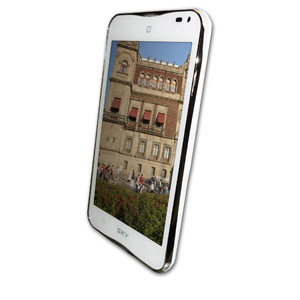 Quietly and steadily, the FPGA company that pretends not to be an FPGA company is growing and expanding – careful never to use the F word.  A few years ago, they created their own term for what they do – “CSSP” for “Customer-Specific Standard Product.”  What’s a CSSP?  Think of it as an FPGA with a purpose.

One of the hardest things about being an FPGA company, you see, is supporting all the people who are trying to design things with your FPGAs.  You have to make, distribute, and support bulletproof tools, provide fantastic documentation, and have an army of AEs that can drop into the middle of any arbitrary design project and provide the assistance that’s needed to get the chip to do what you want.  Some of the customers are FPGA experts, but most are not, and many are even doing their first-ever FPGA project.  This makes the FPGA business a monumental challenge on the tools, support, and IP side.

QuickLogic’s idea was to take all that off the table.  They decided to focus on high-value sockets and to use their considerable expertise to complete the FPGA design for their customers, rather than trying to support the customers’ doing it for themselves.  They developed a specialized IP portfolio aimed at the area where their underlying technology shines best – low-cost, low-power, small-footprint designs like mobile and wireless devices.  Among their key IP offerings are a display enhancement technology called Visual Enhancement Engine (VEE) and a companion technology called Display Power Optimizer, which optimize mobile displays for viewing with low backlight settings, reducing display power consumption.

We visited QuickLogic recently to find out what’s new with CSSPs these days.  At the beginning of this month, QuickLogic introduced the second generation version of their DPO technology, cleverly dubbed DPO 2.0, which the company claims can improve single-charge system battery life by as much as 50%.  For mobile device manufacturers, this boosts their product in two of the most important and visible areas – display quality and battery life.  With many devices standardizing on just a few applications processors, it is getting more and more difficult to differentiate your tablet, smartphone, or other mobile device hardware from the growing pack.  Better-looking displays, particularly for content such as video, and longer battery life are easy ways to get the consumer’s attention.

VEE and DPO are paired with a software package called Mobile Device Display Optimizer (MDDO) which allows the QuickLogic device to communicate with Android (including version 3.0) to collect system data such as ambient light and display backlight settings for use by the hardware IP.  This makes the optimizations brought to the party by VEE and DPO essentially plug-and-play if you’re building a device based on Android.

Recently, QuickLogic announced their first major win in the smartphone arena with the Pantech Tablet Phone.  The phone, which boasts a form factor in between a typical tablet and smartphone, has a 5” LCD display – which means a lot of battery juice could be burned backlighting that bad boy.  QuickLogic’s technology has the potential to significantly increase battery life during typical use on this device.  Expect QuickLogic to score more victories when the display is a centerpiece of a mobile device’s differentiation.

The design pace in the mobile world is breathtaking, and typical mobile design teams don’t have experience with programmable logic technologies.  There was simply no reason for them to design programmable logic when there were no devices that fit their market segment.  Now, with focused players like QuickLogic and SiliconBlue (whom we discussed previously) in the market, programmable devices are showing up in droves in battery-powered mobile devices.  QuickLogic’s strategy has been to enable this segment by doing the design work themselves and shipping their customers working parts.  The advantages of this strategy are many.  First, QuickLogic customers don’t have to try to become FPGA experts overnight.  Second, QuickLogic can use their internal expertise on their own silicon and tools to get the best performance out of their devices and IP.  Third, QuickLogic can avoid the hassle of supporting complex tool suites for their customers, and, finally, the company can overcome a feature of their devices that was decidedly un-appealing to the traditional FPGA design crowd – one-time programmability.

When QuickLogic was an FPGA company, designers were put off by the one-time-programmable nature of the antifuse-based devices because they had to get a new device each time they made a change during the design phase.  That made designers uneasy, when compared with SRAM-type FPGAs where the same device can be reprogrammed repeatedly, using the development board as an easy debugging and evaluation platform.  By bringing all that re-programming effort behind the curtain, designers are relieved from that stress – and all the rest of the stress of FPGA develoment as well.  Also, by doing the heavy design lifting for their customers, QuickLogic has quickly built expertise in mobile design, helping them evolve their products.

QuickLogic is able to walk an elegant line between standard part and programmable logic with this strategy – as their high-value IP can be implemented in very efficient hard-core blocks on their devices, while they can use the flexibility of their programmable fabric to offer a range of additional capabilities that can be integrated at the customer’s discretion.  Available IP blocks include capabilities like USB side-loading (offloading the applications processor with significant power savings and performance improvement), hardwired encryption for content and data protection, and interfaces to mobile flash.  This gives design teams a virtual menu of features they can add to their design – without affecting the overall bill of materials.  Furthermore, with a little forethought on pinout and package selection, they can leave room in their devices for future feature expansion or produce a variety of products with different levels of capability – all based on the same design.

QuickLogic probably doesn’t show up on the radar of the mainstream FPGA companies, and that’s just fine with them.  Aside from the technical similarity of some parts of their solutions, they are really selling a completely different product into a completely separate market.  And, while there is programmable logic hiding under the hood, they’ll probably continue to get away with not calling their chips FPGAs.  Try to keep the secret, OK?