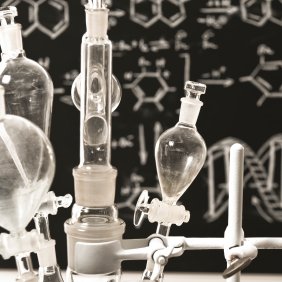 Revenge of the Bride of Moore’s Law Strikes Back II

Pop quiz: what has a 32-bit processor, runs Android or Linux, and comes with a high-speed DRAM interface, options for an LCD and touch screen, NAND flash with error correction, connection to a camera, dual CAN bus interfaces, a V.90 modem, and high-speed USB?

Is it a new tablet computer? The latest smart phone? A laptop PC?

Nope. It’s a $6 microcontroller chip from Atmel. Meet SAM9. Oh, and it consumes only 100 mW at full throttle. Nice.

Atmel’s new SAM9 chips (there are five of them) are the newest mighty mites from the San Jose company. They’re all based on the ARM9 processor core, so they’re programmable by practically every code jockey on the planet. And they all run at 400 MHz, so they can plow though just about any code you’re likely to throw at them. With prices starting at just six bucks, you could use them by the handful.

Three of the five new SAM9 chips have both LCD and touch-screen controllers, so they’re intended for embedded user interfaces. You know, things like point-of-sale terminals, kiosks, industrial controllers—anything that might need a better user interface than LEDs and switches. The LCD controller is better than we’re used to seeing from cheap MCUs, too. It has handles four overlay channels, so you can do things like show a full-motion video (one channel) playing over a background image (a second channel) with touch-sensitive start/stop/play icons (a third channel) and a hardware cursor (the fourth channel). The video channel can do color conversion from YUV to RGB, so you don’t have to do this in software, and it can scale images up or down to fit the screen or your playback window. It ain’t DirectX 10, but it’s not bad at all for an embedded microcontroller.

Atmel MCU aficionados will recall that earlier SAM9 parts had DRAM controllers, too, but not like these new ones. The five newer parts now handle 8-bank DDR2 memories, the better to ride the coattails of the PC price and technology curves. PC memory volume dwarfs that of embedded users, so it’s always a good idea to use whatever Dell, HP, and Acer are putting in their boxes.

Atmel says the chips sip just 100mW from their 1V power supplies, even running at full tilt. Some of that efficiency is due to the chips’ 90nm manufacturing technology, and some to circuit engineering. Even with the low supply voltage, the I/O pins are 3.3V-tolerant.

One member of the new family has a camera interface, although that feature can’t be had with the LCD/touch interfaces. The idea was to make the chip suitable for image-acquisition devices, like a backup camera or low-end security system. You can either capture images or display ’em, but not both on the same chip.

A curious feature that all five chips share is a soft modem. When’s the last time you saw one of those? Doesn’t everyone use Wi-Fi or Ethernet now? Well, yes, and, in fact, four of the five new SAM9 chips boast their own Ethernet MAC. Connectivity isn’t the real issue here. It’s reliability. Atmel’s thinking was that a good, old-fashioned dialup modem is a good fallback medium for remote systems that may have spotty Wi-Fi reception (or none at all), or when the Ethernet is committed to something else. The soft modem uses the ARM9 CPU to emulate in software the functions of a “real” modem. Yes, it soaks up some CPU cycles, but it’s better than having no communication at all.

The soft-modem interface needs only a government-approved DAA (basically, a tiny transformer) between the SAM9 chip itself and the tip/ring wires of the phone line. And it just so happens that Atmel has struck a deal with Conexant to supply that very component. In a shrewd bit of co-marketing, Conexant will supply you with all the soft-modem code you need, free of charge—if you buy their CX20548 DAA device. No DAA, no soft-modem code. Very clever.

Ahem. Some of us are old enough to remember when the features on these chips would have taxed a $2500 personal computer. And said computer would have sucked hundreds of watts of power from the wall socket, warmed the space under your desk, and had a fan that would keep the most athletic of squirrels happy.

What happened in the interim was progress, of course. The inexorable march of semiconductor manufacturing technology has enabled Atmel, a medium-sized chipmaker, to produce a tiny chip with all these features for the price of a Happy Meal.