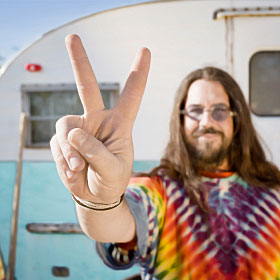 The World of Thin Films

Most of us have grown up in a world where circuits are embedded in sand. But some of you more sensitive types may have been dismayed by what you learned when studying how these chips are made. They are laced with… impurities! Poisonous artificial ingredients like arsenic! If Mother Nature wanted us to poison ourselves and our circuits with arsenic, she’d have put it in the soil! These chips are in phones, and our children – our children!! – are putting these phones up to their delicate ears! What if the arsenic is leaching out and coursing into their innocent little veins each time they murmur “I love you, Mommy!”? Just because no studies show that it’s an issue – well, that just proves a cover-up. Besides, you can’t be too careful with your babies, now, can you?

So, looking for a more sustainable way of making circuits, you sought out alternatives that the big corporations wouldn’t be interested in. Small-scale, artisan chips, manually assembled using only the freshest local ingredients. Certainly someone must have found a way to do this. And, after a long quest, inquiring at all the local wheat grass juice bars, pressing the flesh with all the wan, emaciated revelers practically passed out at the Seitan-doori Café, – lo, you found it: organic semiconductors!

After holding hands with your friends and dancing around the maypole in joy, you looked further, and your free-range crest fell: organic semiconductors are the worst of them all: they’re made out of OIL!!!! How could they have ever gotten certification?? Clearly big business has bought off the officials that are supposed to guard Earth’s legacy. And, what’s worse is the motivation: the ability to create cheap, flexible, throw-away electronics! Things like RFID tags that could be used to track your every move!

Now… I guess I’m not much for making everything disposable, and I certainly don’t subscribe to the “privacy is dead, get over it” philosophy. But the advent of simple, cheap, printable circuits suggests new applications that are impractical for silicon. Perhaps even some that an ardent earth-hugger could love.

ISSCC had a session on organics, featuring four papers. Each of them was illustrative of one or another of the unique issues facing the developers of organic semiconductors. So we’ll use them to help illuminate what’s going on – both the promise and the limitations of this technology. Many details are omitted in the summaries that follow; nothing is quite as simple as it looks. You can find the full reports in the official ISSCC proceedings.

But before we jump in, there are some assumptions you should jettison with these organic thin-film transistors (OTFTs). For example, for the most part, organics feature only p-type semiconductors. Performance is VERY slow compared to what you may be expecting. Often we’re talking about very different voltages: tens of volts, not the sub-5-V (or -2-V) range we’re used to. And dimensions are in microns. Sometimes hundreds of them.

On the other hand, the possibilities we get in exchange are the ability simply to print circuits on a roll-to-roll system and to fold a circuit up in interesting ways that allow form factors impossible for a rigid technology. You have to free your imagination up a bit to fully comprehend this different world.

The first paper, by Kris Myny et al, from IMEC, Polymer Vision, TNO Science and Industry, and KHLim, featured a microprocessor built on organic technology. Funny to think that building a simple 8-bit 4000-transistor processor would be ground-breaking. While organic processors have been built before, apparently this is the first one to be printed directly onto a flexible substrate: its forebears were processed at high temperatures on a rigid substrate and were then transferred to a flexible substrate.

Because there’s only a p-type transistor, it is used for both load and drive transistors in the inverter pair. But the technology allows for only a single VT. To address this, they took a back-gate idea originally used for pixel display and adapted it instead to modulate the VT as needed. They used only NAND gates and invertors; gate delays were simulated as being on the order of 200 µs. Zoom.

Another missing component is a non-volatile storage cell. There is no rewritable program store. Instead, they developed a separate flexible foil that contained the program data; it acts as a program ROM. They could mate the foil with the processor to “load” the program. Each different program would have its own program foil. Both the processor and program foils were folded several times to reduce the space they took.

The processor ended up being operational with a supply voltage between 10 and 20 V; the back gate voltage ranged between 45 and 65 V. And the instruction throughput? Up to 6 instructions per second. Probably not going to be used for Watson any time soon. Now, these aren’t intended to compete with silicon, so it’s not fair to brush it off: this is early work, and they’ll be looking into alternative materials with better mobility. Amorphous metal oxides were mentioned as a candidate.

Tarek Zaki et al, from the Institute for Microelectronics Stuttgart, University of Stuttgart, and Max Planck Institute for Solid State Research, presented a paper describing a D/A converter printed on glass. They described the three basic DAC types as being resistive, capacitive, and current-steering. The first involve resistor ladders, and the second are more or less similar (if you’re not responsible for the details) using capacitors. But they say the best speed and size can be achieved with the latter: current-steering DACs.

In its most rudimentary form, a current-steering DAC is essentially a set of current sources that can be switched to flow (or not) through a resistor. The switches are controlled by the digital value presented: the higher the digital number, the more switches close, so the more current gets steered through the resistor, and the analog value rises accordingly. Better characteristics can be found from differential versions, where the current goes through one resistor or the other, and the voltage difference between the two is measured. In order to avoid glitching, thermometer coding needs to be used for the digital value.

The only catch here is the fact that this design requires good matching, something that you generally can’t count on with organics. One of the reasons turns out to be a processing step typical for organics: the use of shadow masks.

Silicon uses photolithography exclusively: materials are uniformly deposited, masked and exposed, and then selectively etched. That doesn’t work for all of the organic materials. Where necessary, masks are used as a stencil, and the deposited material is sprayed through the mask, with shadows left by the portions covered by the stencil. There are different kinds of mask materials; many are flexible, and some actually stick to the substrate and are peeled off after.

The problem with these masks is, they don’t leave a very well-defined boundary. The edge can be rough, and, if the mask isn’t actually on the substrate, material can undercut the edge. This contributes heavily to the poor matching since there’s no systematic behavior that would be replicated between similar devices.

This team instead used a silicon stencil mask, which showed much better definition and repeatability, and which provided the matching characteristics needed. Depending on the output voltage swing, sample rates up to 100 kS/s were achieved.

We take memory for granted, and for working memory, SRAM cells are typical. But in organic form, because there’s no n-type device, the static power consumption can be substantial. On the other hand, a DRAM cell can be constructed that has no static current. The problem with that has been the relatively low gate capacitance, limiting the storage time to less than 100 µs.

Wei Zhang et al, from the University of Minnesota and Optomec, presented a paper that used “ion-gel gated” OTFTs for an 8×8 DRAM. These transistors have an input gate capacitance that is roughly 70 times that of the transistors used in 65-nm silicon CMOS. The worst-case cells they saw had retention times of 30 seconds, while 72% of the cells lasted longer than a minute. This means a very infrequent refresh is needed, keeping power low. They achieved a working frequency of 50 Hz.

It’s not quite fair to say that organics have only p-type semiconductors: apparently there are n-types, but they have not been amenable to printing. And that’s what’s attractive about organics: you can print using cheap technology, even simple inkjets. So that’s been the thing holding n-type back.

Anis Daami et al, from CEA-LITEN and ST Microelectronics, not only demonstrated the use of n-type material, but configured it for CMOS logic in a process that used printing throughout.

They did your typical test chip thing, with individual transistors, digital cells, including inverters and ring oscillators, and analog cells, including current mirrors, diff pairs, and cascodes. The I/V characteristics of the p- and n-type transistors were well matched, although the p-type mobility was higher.

Their ring oscillator ran at between 70 Hz at 40 V and 16 Hz at 20 V. When asked why a higher-mobility PMOS wasn’t used, it was explained that this project relied on amorphous materials. They could do a better PMOS cell with a poly-crystalline material, but there’s no known NMOS device for that.

This work is intended to form the basis for new fully-complementary designs, something silicon folks take for granted.