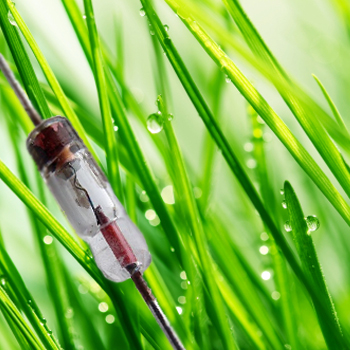 Forward-biased diodes may draw enough current to cause outright device failure. However, even more worrisome are the ones that don’t draw enough current to cause outright failure, but increase power consumption unnecessarily. These devices need to be detected and addressed so that IC designers can be assured that they are creating high-quality products. A comprehensive verification system will detect these unintended devices that may be drawing the life blood out of your design.

Whether a design is intended for use in power-saving mobile devices or high-performance server applications, power consumption is a critical design limitation. In high-performance devices, heat dissipation limits clock speed—heat dissipated is proportional to power consumed. Every serious PC gamer knows that the clock speed of the processor can be set higher than the manufacturer’s specification if the supply voltage is set a little high and better cooling is applied.

Here, I illustrate a verification system, using programmable electrical rule checking, to detect forward-biased diodes efficiently [1]. This type of complex problem cannot be dealt with traditional individual point tools. The ability to verify the presence of these unintended devices requires the circuit extraction capability of a traditional LVS tool, the geometric checks of a DRC tool, selective parasitic extraction, and analysis tools.

Figure 1: Example of intentional diodes in NMOS and PMOS transistors.

To verify these parasitic diodes, we need to address the following.

Normally the bulk pin of a MOS transistor is tied to the same voltage as the source. So the primary culprits which may be draining power that we don’t intend will be cases where the bulk pin is tied to something else. This is more common than you might expect, especially in multi-voltage domain parts and in analog circuitry. Simply reporting all devices with unusual bulk pin connections isn’t useful because the majority of these will be working as needed in the actual operation of the circuit.

For example, while the bulk pin of mn2 can be at the Vdd level in Figure 5, it isn’t logically possible for this to occur at the same time that mn2’s source pin is connected to ground because both mp1 and mn1 can’t be on at the same time. On the other hand, in figure 6, that same diode can clearly be forward-biased.

Figure 5: Example of circuit layout with mn2 not forward-biased.

Determining if forward bias can actually occur in real circuits is very hard. Several voltage levels can be propagated to the same device terminal, and determining which scenarios can actually occur is extremely difficult (logic pruning is equivalent to the Boolean ability-to-satisfy problem, which is NP complete).

Figure 7 is an example of forward-biased diodes in an actual circuit.

How to spot those troublesome forward-biased diodes

To address the issue of parasitic devices, one can implement a checker that detects forward-biased diodes in reasonable time with minimal “false violations.”

Checks for the forward-biased diodes checks can be performed on schematic data to verify design intent or on layout to verify design implementation. Layout verification tools can use the electrical rule checker’s circuit extraction capability. Devices are recognized in the layout, and a netlist is assembled from the chip’s drawn interconnect.

The idea is to use the tool’s TCL API to implement a verification scheme called “multi-stage filtering.” This strategy applies multiple filters in sequence. Each filter identifies devices that can never be in a forward-biased state. Each filter is more effective at eliminating devices but is also more time-consuming to execute.

To start, you can define the possible voltage levels for each external connection of the design. These voltages are propagated through resistors and transistors to the internal nets to define the worst case potential voltage set for each net.

However, consider a device that is part of a subcircuit that can be powered down. Then the bulk pin voltage set might be {0 and 2.5 volts}. With source and drain voltages of {0 and 2.5 volts}, it’s possible for the device to fail this simple check.

A customer used just this approach with Mentor’s Calibre PERC product and achieved a run time of just over two hours on a device with just approximately 49 million devices. The checker reported a few hundred potential violations that the designer then had to verify. The checker found real forward-biased diodes in designs — some of them caused excessive power draw and, in one case, caused a hard part failure. Using this method, the designer was assured that these unintended devices were caught before the IC went into manufacture.

Gregory Hackney manages the PERC, LFD, and LVS engineering groups at Mentor Graphics Corporation. He has more than 30 years of experience in the EDA and semiconductor industries, with responsibilities ranging from managing diverse engineering teams and quality programs to multisite and international program management. Throughout his career, Hackney has held management and executive positions with Applied Micro Circuits Corporation (AMCC), UNISYS Corporation, COMPASS Design Automation, and Silicon Access. Before his current position at Mentor he was Vice President of Engineering for Sycon Design, Inc. He holds a degree in computer science and biology from University of California/San Diego (UCSD).