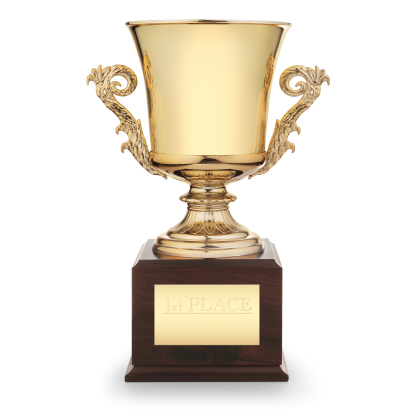 “He who receives an idea from me, receives instruction himself without lessening mine; as he who lights his candle at mine, receives light without darkening me.” – Thomas Jefferson

How about Michael Phelps, the only person to win 14 Olympic gold medals? Before he’d accomplished that feat, the all-time record for medals belonged to Mark Spitz (coincidentally also a swimmer and also American).

What Larsen, Spitz, and Phelps did was amazing (to sports fans, anyway), but their records probably won’t last forever. Someday, someone will surpass even their Herculean efforts. That’s a good thing. It makes sports exciting and fun.

My point here is that even though these stars were the first to achieve something, they won’t be the only ones to accomplish it. They don’t hold any permanent right to the record. More important, they can’t prevent someone else from beating their record. They don’t own the record, they just hold it temporarily.

Don Larsen’s first postseason no-hitter didn’t prevent Roy Halladay from pitching the world’s second postseason no-hitter a few weeks ago. Larsen himself didn’t step on the mound and hold back Halladay’s arm. No lawyers from Major League Baseball served a cease-and-desist order. Halladay didn’t get arrested and he doesn’t owe Larsen any money for duplicating “his” accomplishment. And he still gets to play baseball.

Sound silly? Of course it does, but that’s exactly the way our patent system works. The first person to achieve something, no matter how trivial, gets the legal right to prevent everyone else from doing the same thing. It’s as if the first person to climb Mt. Everest got to put a fence around the mountain to prevent anyone else from trying. Or the first person to bowl a 300 game gets to close down the bowling alley. “Nope, sorry, I was here first. You can all go do something else. Just make sure it’s never been done before, or the lawyers will get you.”

When a star athlete breaks someone else’s record, we add him to the record books. When an engineer, programmer, musician, artist, or inventor does it, we punish him, sue him, and tell him he can never, ever perform that action again.

Under our current patent system, we prevent this person from practicing his skill—even though he’s obviously extremely good at it—without permission from (and payment to) the person who did it first. We punish and discourage those with a gift; those who are demonstrably productive. In fact, the more productive a person is, the more likely he’ll be restricted from exercising his most useful skills.

Pointless inventions are punished the most harshly. The more people who repeat the same invention—in other words, the more we learn that the original feat wasn’t very original at all—the more we reward the first person and penalize each subsequent one. Paradoxically, the less original the invention, the more we tighten the noose. Gold is sand and sand is gold.

Isn’t that backwards? Shouldn’t the growing number of repeat inventions be evidence, ipso facto, that the first invention was no big deal? If everyone can pitch a baseball at 50 MPH, it must not be very difficult, and the first person to do it is no hero. They don’t hand out awards for finding your rear end with both hands tied behind your back. Or at least, they shouldn’t.

The patent problem arises because we want to reward inventors. That’s fair enough. We want them to reap the benefits of their amazing discovery and encourage them to discover more for the benefit of humankind. We call these inventions and discoveries “intellectual property.” And therein lies the root of our problem.

Property—real estate or jewelry—is one thing. Ideas, inventions, and discoveries are another. You can’t have two people owning the same acre in Wyoming. The first pioneer to get there can claim the property for himself. Subsequent settlers have to go live somewhere else. But you can have two people discovering the same laws of physics or inventing the same light bulb or composing substantially the same song. It happens all the time. That’s the point.

Physical property has one owner. That ownership gives certain rights, such as the right to lend it to a friend, use it as collateral for a loan, lease it to renters, destroy it, improve it, or choose to do nothing at all with it. In a word, it’s yours.

But ideas aren’t like that. They can have multiple fathers, and their “ownership” is not mutually exclusive. Landowners can drive trespassers off their property, but there are no trespassers on intellectual property. Sharing an idea does not lessen its value nor diminish its usefulness. As Jefferson said, lighting one candle from another doesn’t reduce the light; it increases it.

But what if someone swipes your business idea, your program code, or your circuit design? Isn’t that the equivalent of intellectual property theft? What if the IP thief builds a successful business around my invention?

Suck it up—and here’s why. First of all, we’re not in Kindergarten any more. We don’t all get blue ribbons for participation, or pats on the back for effort, or speeches about how everyone’s a winner. In business you get paid for what you deliver, not what you promise. If FedEx says they might think about maybe delivering your package someday, you’re not going to pay them for the nice sentiment. You’ll wait until the parcel’s delivered. More important, you’re free to switch to UPS, DHL, or the local kid on the courier bike; FedEx hasn’t restricted your options in any way. You pay for results, not intentions.

Secondly, there’s no such thing as stealing ideas. The concept of IP theft is spurious. Ideas, discoveries, and inventions aren’t tangible property and they’re not unique. They often crop up in multiple places over time. They can be duplicated with no ill effects, unlike physical property. A roomful of people with the same ideas about how to build a widget are said to be in agreement, not “patent infringers.”

Third, it’s counterproductive to punish and restrict the actions of co-inventors who’ve come to the same conclusion or discovery. Nobody sets out to be the second person to discover a cure for cancer, so why do we punish them if they succeed?

So here’s a crazy idea: How about we get credit for what we actually do instead of what we think we might have done? If Person A uses Person B’s idea to build a successful business, that’s fine. A delivered and B didn’t. Gosh, I probably could have run a four-minute mile before Roger Bannister did, so that entitles me to all his medals and fame, right? It was really my idea, after all. He owes me.

Maybe what we really want instead of patents is some sort of national prize for novelty, originality, and inventorship. We’ll call it the Novel Prize, and it can be awarded annually for novel achievements in a range of areas. There could be a Novel Prize for engineering, one for medicine, one for the arts, and so on. You’d get a nice plaque, a gala dinner, a handshake from the President. Maybe even a cash reward. But that’s all.

Winners would get no legal hammer with which to punish their peers. There’d be no artificial roadblocks to derivative works or similar inventions. If a Novel Prize winner goes on to produce a successful product around his invention, great. If not, that’s okay, too.

In short, we’d treat inventors the way we treat sports or entertainment stars. We’d cover them with glory and record their names as the first person to discover X. Maybe they’ll hold that record their entire lives; maybe it will be fleeting. They’d be recognized for their achievements but they wouldn’t of course, be able to prevent equally talented individuals from someday duplicating (or even exceeding) their efforts.

Wouldn’t that be a novel concept?