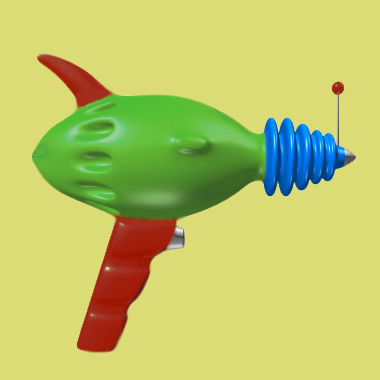 Matter Versus Antimatter: ARM and Intel

In old Star Trek episodes we learn that antimatter reactors provide nearly unlimited power, but that they’re also curiously dangerous and unstable. And they make a cool blue glow. And hum. But that’s beside the point.

Here in the 21st century, we know that antimatter is a real thing, although the nifty space-warp engines aren’t here yet. We learn from our physics textbooks that matter/antimatter reactions produce an immense amount of power as the particles and antiparticles annihilate each other in a total conversion to energy.

Star Trek and Star Wars also teach us that the underdog usually wins. Against the seemingly insuperable forces of galactic empires or silicon-based beings, the little guy triumphs through sheer determination, wit, persistence, and valor. That and the unguarded exhaust port.

Intel’s exhaust port, so to speak, seems to be mobile devices. The tiny rebel alliance at ARM gained enough recruits to become the de facto standard processor for cell phones. To the indomitable imperial forces guarding the PC-processor market it must have seemed like an insignificant little beachhead. Why bother with little bitty cell phones when we control the ultimate force in the universe?

History has a funny way of punishing the inattentive. From little acorns do mighty oak trees grow, and that cell phone monopoly branched out into a whole range of portable and battery-powered devices. Meanwhile, the mighty PC sputtered and stalled and started looking a lot less important. Small, nimble fighters were overwhelming the x86 behemoth. The little guys might win after all.

Once polar opposites, ARM and Intel are now battling head to head. Already, ARM’s many licensees ship far more chips than Intel does. By that measure, ARM has already won. It’s become one of the most popular processor families in the known universe, bar none. Intel is still more profitable, but ARM has the swarm on its side.

Now ARM’s battle tech is getting more advanced, while at the same time, Intel’s is scaling back. The two warring factions are now battling on equal footing. ARM’s Cortex-A8 and –A9 are roughly equivalent to Intel’s Atom line, and the upcoming Cortex-A15 will soon become the pointy end of the spear. There’s now serious overlap between the ARM and Intel squadrons.

One contested territory is servers. ARM chips will probably never power PCs—at least, not PCs as we imagine them today. There’s simply too much entrenched x86 binary code for that to be a plausible outcome. The PC market is pretty flat anyway, making it an unattractive target, especially when there are juicier objectives ahead.

Servers have traditionally been just like PCs, but bigger. But, unlike PCs, servers run mostly Linux, HTML services, and Javascript, and these are easily ported to ARM. In fact, Javascript was designed specifically to be processor-independent (and suffers for it). And unlike PCs, servers are generally purchased by IT managers, not individuals. And IT managers are concerned about power consumption, cost of ownership, and vendor lock-in—all areas where ARM has a leg up on Intel. Almost a hundred different companies make ARM-based chips (versus two for x86 server processors), and a handful of them are gunning straight for servers.

For big server farms (think Google or your cable company), racks upon racks of server blades convert electricity to heat at an alarming rate. The power and air-conditioning bills can cost more than the hardware itself. For these customers, power efficiency is a big deal. Having a choice of processor vendors wouldn’t hurt, either. And ARM’s early multicore chips seem to deliver the goods in terms of performance, while still retaining some of their traditional power advantage. The wee little ARM processor may be outclassed (and incompatible) for PC applications, but gang enough of them together and they make a good server platform.

ARM has low cost on its side, but Intel has better manufacturing technology. Or, more precisely, Intel has manufacturing technology while ARM doesn’t. The x86 giant owns some of the very best silicon plants in the galaxy, while ARM’s massed troops make do with third-party foundries, which are always one or two generations behind Intel. You can’t trick physics: fabrication technology has more effect on power consumption than any other single factor. No matter how clever ARM’s CPU designs might be, they’ll always be handicapped if they’re built using second-rate silicon.

So far, Intel has a slight edge in server performance. Its Xeon processors are faster than Cortex-A9 clusters, even if they do cost a lot more and consume more electricity. We’ll see if upcoming A15-based chips tilt the balance of power.

Meanwhile, Intel is counterpunching with Atom, especially the Atom Z600 Moorestown chip set we saw in the October 5 issue. Moorestown is a bit too bulky for cell phones (it’s a four-chip set, minimum) but it’s dandy for tablets and other large-format portables. That puts it squarely in ARM’s home turf, just as Cortex-A9 trespasses on Intel territory.

With comparable performance, the question then becomes: which software base do you want? The iPad uses an ARM processor to make it binary compatible with iPhone and some iPods, so Apple’s allegiance seems clear. An Atom-based tablet, on the other hand, could offer compatibility with PCs if you play your cards right. A truly portable PC based on Atom could reinvigorate the PC market and take advantage of the zillions of existing applications already out there.

Intel may have gotten off to a slow start, but its determination and dedication to the low-power embedded market are clear. Once they get that big ship turned around, it will become a mighty force in the universe. The current Atom E600 and Z600 are just the first wave; future x86 sorties will likely be more power-efficient and better integrated. Intel might surprise you; the new chips will be set to stun.