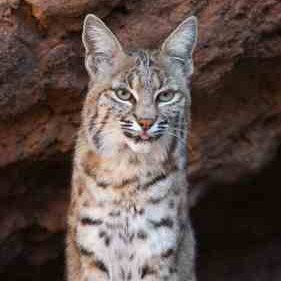 They say imitation is the sincerest form of flattery. If that’s so, Intel must be feeling pretty good right about now. Advanced Micro Devices (better known as AMD) has been producing terrific “imitation Intel” chips for two decades. The company’s latest chip design, code-named Bobcat, is AMD’s spin on Intel’s successful Atom chip.

Like Atom, Bobcat is a low-power x86 processor. Or, more accurately, it’s a low-power CPU core design. The actual chip is code-named Ontario, and it’s due out late this year. Ontario will be the first of many AMD chips to include the Bobcat CPU core, just as Intel produces several variations of its Atom processor.

Ontario will be different from Atom, though, because it will have integrated graphics. AMD acquired graphics-chip maker ATI a few years ago, and Ontario will be the first chip to include the AMD processor and the ATI graphics on the same chip. That makes Ontario more of a single-chip system than Atom is. It also makes it tough to compare the two chips side-by-side.

Setting aside differences in graphics and integration, the two CPUs inside look pretty similar. AMD’s Bobcat design is a dual-issue superscalar CPU with a 16-stage pipeline, 32KB instruction and data caches, a 512KB L2 cache, and full floating-point support. As far as the specifications go, Bobcat and Atom look pretty similar. Atom’s data cache is a bit smaller, at 24KB, but that’s about it. AMD isn’t saying how fast Bobcat (or the Ontario chip) will run, so we can’t compare clock speeds, performance, or power consumption.

We can compare features, though, and AMD clearly comes out ahead in that contest. With its graphics controller and north bridge peripherals on-chip, Ontario comes close to being a single-chip PC platform. Atom, on the other hand, is just a processor that requires a separate core-logic chip set and graphics controller—and Intel is justifiably not famous for its graphics. An Atom processor combined with the 945GC graphics chip consumes about 10W, most of which goes to the latter device. As a rough guess, Ontario probably consumes about one-third less power than Intel’s two-chip set, and it may deliver better graphics performance, too. We’ll know in a few months.

Could I Get One of Those?

Interestingly, AMD isn’t manufacturing the Ontario chip itself. Like most big semiconductor companies, AMD sold off its fabrication equipment and went “asset lite,” relying on third-party foundries instead. In AMD’s case, it spun off its manufacturing into a standalone company called Global Foundries. Most AMD chips have been built at GloFo ever since.

What’s odd is that Ontario won’t be one of them. Instead, that chip will be built at TSMC, the Taiwanese foundry usually associated with low-cost production. And Ontario’s design is almost all synthesizable RTL, not hand-crafted logic like most AMD processors. It’s all beginning to look very odd.

AMD’s decision to outsource Ontario’s manufacturing and to make Bobcat process-independent raises an interesting question: could the company be preparing to license Bobcat or Ontario as IP blocks? Could mere mortals be allowed to license AMD processors for their own ASICs?

It’s an interesting possibility, and one that Intel doesn’t seem interested in pursuing. And if Intel won’t license x86 processors, AMD is the logical alternative. After all, AMD doesn’t own any hyper-expensive fabs anymore, so it isn’t worried about keeping the production lines full. If AMD can make a few bucks by licensing Bobcat and/or Ontario to designers like you and me, it’s better than leaving money on the table. And it’s one business where Intel can’t (or won’t) compete. AMD would have the whole soft-x86 processor business to itself.

It’s ironic that AMD finds itself chasing Intel in the low-power game. AMD’s chips have nearly always been more power-efficient than its rival’s, but this time, the shoe is on the other foot. AMD typically gives up a few percentage points of performance versus Intel, with the payoff in lower power consumption and a lower price. Atom turned that equation around a few years ago, and now AMD is playing catch-up once again, but in the other direction. The low-power king finds itself getting pwned.

Ontario isn’t a direct competitor to Atom, but it’s a move in the same direction. Atom’s success surprised almost everyone (possibly even Intel), and it’s had the low-power x86 market all to itself ever since. Now that AMD is about to roll out Ontario and other Bobcat-based chips, Intel will finally have some competition at the low end of the market.

If all you want is a standalone processor, Atom is definitely the way to go. It’s in high-volume production, it’s very well supported, and it doesn’t come with any graphics or peripherals you don’t want. On the other hand, if you’re making a netbook or similar PC-like embedded system, AMD’s Ontario probably has most of what you want baked right in. It’s too soon to tell whether Ontario will be competitive in terms of performance, price, or power consumption. But it’s nice to have a new competitor nonetheless.