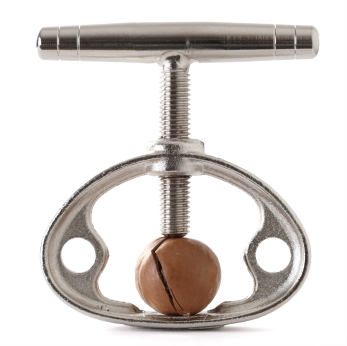 In the defender’s corner, wearing the blue trunks, with several years of evolution under its belt, scoring knockouts against low-level transistor power simulation and having captured RTL level simulation, with an eye on raising the level of abstraction to TLM and above, reading in UPF and CPF formats, displaying a wide range of views and analyses, the new rising star in a league that’s been dominated by performance, the current champion, going with the flow, fighting the powers that be, Powerrrrrrrrrrrr Simulatioooooooooon!

And in the challenger’s corner, wearing the red trunks, just arrived from the mechanical world, displaying its might with full finite element analysis as well as lightweight prowess for standardized packages, putting packaging to the test, taking center stage in 3D chips, highlighting who’s hot and who’s not, showing the glow as it goes, providing the “hot” in the hot spot, beating the heat in the hot seat, Thermaaaaaaaal Simulatioooooon!

[Commentator] Well, Bill, it will be interesting to see how this thing goes this time. The last encounter these two had didn’t go so well.

[Color] You’re right, Bob, it was kind of an exercise in frustration for both of them. Neither of them ever quite seemed to get into synch

[Commentator] Yeah, in fact, it was almost like they were off doing their own separate things. As if no one told them they were in this fight together. Against each other, of course, but come on guys, you’re in the same ring. Let’s get something started here!

[Color] Well if you noticed their interaction, when it happened, it seemed to be frustrating for both. Looking at this replay from last month, for example: here we see Power Simulation landing what seems to be a solid result, but that just seems to heat Thermal up and pretty much renders what Power put out there as ineffective.

[Commentator] Yeah, it was strange. I mean, I’m sure they’re trying to avoid telegraphing their moves, which means that neither knows what the other is going to do, which ought to make it more interesting, but somehow it just seems to leave everyone confused. Power’s going up while Thermal’s going down, and then Thermal sees that too late and tries to compensate, but by then Power is doing something else.

[Color] You’re right. It actually got really exciting here at the end when Thermal was trying to get up over Power, but Power kept going up and Thermal couldn’t get on top of the situation. Power scored a victory when he finally made Thermal run away in frustration. Probably not as satisfying as a knockout, but I guess a win is a win.

[Commentator] Well, something has to change this time. In fact, one thing that seems different is that they each have a new trainer.

[Color] They do, Bob, but the weird part about it is that both of the new trainers seem to be wearing the same shirt – some logo on there I haven’t seen before, “Docea” I think. Have you seen that before?

[Commentator] No, Bill, I haven’t; they seem new on the scene. And it’s very strange that they’re in both the Power and Thermal camps. That’s got to be a conflict of interest; I can’t imagine how they can get away with that.

[Color] Well, the two Docea guys don’t seem to be talking to each other at the moment, so at least they’re acting like independent Power and Thermal guys.

[Commentator] And with that, Power and Thermal have tapped gloves, and, as the bell sounds, the two are approaching each other cautiously, each eyeing the other with suspicion. Funny… it looks like one of them is moving his lips; must be tough with the mouth guard. Wait, is he actually trying to talk?

[Color] That’s very strange, indeed, that’s what it looks like. And… Power’s taking off his glove and – what? He just removed the mouth guard and is clearly talking to Thermal. What the heck is going on here?

[Commentator] And now Thermal has removed a glove and his mouth guard – and they’re talking. This is most irregular. The ref is in there trying to get them to stop jawing and start fighting, but you know, I don’t know if there’s any rule against this – who would think to create a rule requiring combatants to fight during a fight? This is crazy!

[Color] And look – after spending, like, a minute talking, they seem almost to be coordinating moves. Power looks like he’s trying to get something going there, but it’s like he’s consulting with Thermal as he does it.

[Commentator] Yup! Look at that, Power started going up in one of his classic moves, and Thermal talked him back down – without laying a glove on him. In fact they seem to be consulting on all their moves, coordinating what they’re doing. OK, well, as the first round comes to an end, they go back to their corners and get a pep talk from their trainers.

[Color] Yeah, although I’m not sure what kind of pep is needed – I think they need some serious trash talk to get something going here. Each of them needs to be given a new scenario to play out when they get back to the center of the ring.

[Commentator] Well the bell has sounded again, and out they come. And – wait, is that paper they have? Did they really just bring out some sheets of paper? And now they’re comparing them?

[Color] I’m really confused; that’s what it looks like.

[Commentator] OK, so they’ve looked at the papers a bit, and now they’re going into some moves. But, come on, this is no fight; it’s more like they’re dancing, for crying out loud!

[Color] Never seen anything like it! Next thing you know they’ll be out here in the next round wearing leotards. This is disgusting. We came to see a head-cracker, not the Nutcracker!

[Commentator] And now they’re moving from the center of the ring to one of the corners and they’re comparing notes again.

[Color] And there they go with the coordinated moves. Sheesh, this may be fun for them, but it’s not what this crowd paid good money for. If there’s any blood in this show, it will be from one of them blushing if the other tries to steal a kiss.

[Commentator] And now they’re off to another corner. What, are they going to run through all the corners making their moves? The moves seem different each time; it’s like they’re playing out a different scenario in each corner.

[Color] Yeah, I have no idea what’s going on. You know, I’ll bet those guys with those Docea shirts have something to do with this. I mean, they seem to be in their separate sides of things, but they must have colluded before the fight. Is that even legal?

[Commentator] I don’t know, but if you thought it was strange before, it’s getting even stranger. Having gone through all the corners, they’re now going up to the ref and handing him some kind of paper and – what? They’re leaving – together!

[Color] Oh, this is ridiculous. And the crowd doesn’t like it one little bit. They expect Power and Thermal to put up a decent fight, and somehow they end up working together? No, the boos are resounding throughout the audience.

[Commentator] Although I do see one group of nerdy looking guys – probably some kind of engineers or something – that are actually cheering over there. What the heck, did they win a bet? Who would bet on this as an outcome?? Do odds even exist on this?

[Color] I don’t know, but I just got some information on that paper that they gave to the ref before leaving. Something about a UFC file or something.

[Commentary] A UFC file? That can’t be right; this fight is a lot of things, but UFC it’s not.

[Color] Oh, wait, my bad… It’s a UPF file, whatever that is. I think rumble-boy said something about that when announcing the fighters. So after doing their little dance thing all around the ring, they gave the ref a UPF file and called it a day.

[Commentary] Unbelievable! Well, there may be some happy tech weenies over there, but as for the rest of us, we’re going to remember this – heck, I think people should get a rain check on the next fight.

[Color] Yeah, or else the organizers need to get a brain check!

[Commentator] OK, so, to sum things up: in a completely bewildering series of events, I’m going to assume that these Docea guys somehow got Power Simulation and Thermal Simulation to stop fighting, and, in fact, to work together. How long that lasts is anyone’s guess, but for now, it looks like this scene may repeat itself. We may just have to get used to it.