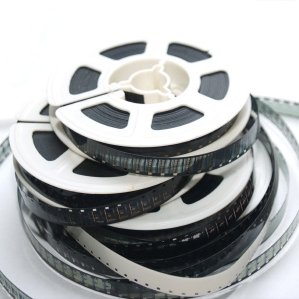 These guys should meet. The other day we talked about Ceva’s MM3000 cell-phone processor (Feb 16, “Viddy This, O My Brothers”). This week we’ve got an equally interesting device from startup company Movidius that makes handheld video even cooler. Brace yourselves for Myriad, the video-editing deck in your hand.

In some ways, the two companies are related, so it’s not surprising they would approach the same market. Ireland-based Movidius is staffed, in part, with exiles from Parthus, the company that eventually became the Irish/Israeli firm Ceva. Apart from their shared accents, though, the two companies and their chips are very different.

For starters, Ceva licenses IP cores while Movidius makes real chips. They call it Myriad, probably because it can do countless different things. To an engineer, Myriad is a massively parallel, superscalar, 8-way VLIW machine. To a cell phone user, it’s a way-cool method to capture, edit, and massage high-definition video taken with your cell-phone camera.

Myriad is designed to be a coprocessor, an add-on to an existing cell-phone design that works alongside the phone’s main processor (or processors), handling video-related tasks. That makes Myriad fairly simple to integrate because it doesn’t require a complete overhaul of the cell phone design or a rethink of its hardware architecture. Assuming handset makers can find room for the chip’s modest 8×8-millimeter footprint, they’re mostly home free.

Once it’s in and integrated, the Myriad chip takes over image-capture, -editing, -viewing, and –sharing tasks. On the capture side, Myriad can do real-time image stabilization and zoom (by ignoring outer pixels and oversampling the inner ones), reduce noise in low light conditions, and even do a kind of hyper-speed 120 frames/sec capture that makes for slow-motion playback.

Once the video is captured, the chip can clean up audio and video artifacts. Users can edit the video, join or split clips, add transitions, fool around with color effects, and generally play micro auteur. All this is done directly by the Myriad chip, with no help or interference from the cell phone’s main processor. The handset maker “merely” adds a user interface to Myriad’s features and lets the chip do all the heavy lifting. For Android or other open operating systems, that’s a pretty straightforward task.

Inside, Movidius’s Myriad is as complex as its outside is simple. The chip is sort of like a miniature Cell processor, with eight identical VLIW processors overseen by a ninth master processor. In the case of Myriad, the eight VLIW cores are Movidius’s own design: a 128-bit VLIW machine that handles both integer and floating-point data. All eight are geared toward the kind of SIMD vector operations that are typical of video processing. Each individual core can handle one to eight parallel operations, for a total of 64 operations across all the cores. Altogether, the chip delivers 20 GFLOPS, according to the company.

Typically, all 64 operations would be the same, but not necessarily. Relatively lightweight tasks (like processing JPEG still images) might use only one or two of the eight VLIW processors while the others sleep to save power.

The ninth processor is unlike the others; it’s a SPARC knock-off that distributes tasks among its eight minions and oversees the chip’s many peripherals. Camera and LCD interfaces, memory controller, serial interfaces, and more make up the chip’s connections to the outside world.

As far as clock speed, Movidius is a bit shy about mentioning numbers except to say that it’s “a couple hundred” MHz. That’s pretty slow by modern CPU standards, but that’s partly the point. The chip is so wide (in terms of data path) that it can broadside a lot of video data at once without resorting to power-sapping clock frequencies. It’s currently fabricated in TSMC’s 65-nm process, which also doesn’t push the envelope.

Programming this beast must be a chore, but we’ll never know because Movidius does all of that in-house. The Myriad chip is provided with one of two software libraries (your choice) and a written API specification that tells you how to call functions from your host operating system. Apart from that, the magic all happens behind the curtain. Myriad is the proverbial black box.

The first chips are sampling now, with production coming around Q3 and end-user products in early 2011. Movidius offers the chip with two different software loadouts, depending on whether you want HD video or standard definition, and whether or not the image sensor is connected directly to the Myriad chip. Future versions will support two image sensors for 3D image capture, at which point the processing – and the applications – get a lot more complex and interesting. Because the differences are all in software, Movidius could add, remove, or tweak features over time to keep up with customer requests, market changes, or just basic feature creep. The hardware provides a base platform for the programmers to go nuts. And all without a lot of design work from the handset maker. Check out the spiffy video at www.youtube.com/movidiuscorp.