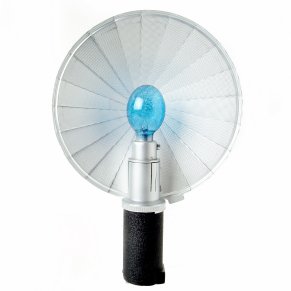 Another case in point is QNX, makers of the popular Neutrino RTOS. With help from desktop-software heavyweight Adobe, QNX ported Adobe’s ubiquitous Flash software to Neutrino. Now you can have Flash animation on your embedded systems, at least so long as you’re using Neutrino. It’s an interesting match.

Running Flash animation on a small embedded system is tough, as every iPhone user knows. Flash is big, complex, and resource-intensive. It’s not a trivial porting exercise, nor does it leave a light footprint on processors or memory. In short, you’ve got to really want it.

On the plus side, Flash has always been hardware- and software-independent. It’s not tied to the PC or Mac architecture, or to anybody’s processor. Like Java, Flash creates its own virtual machine, which makes it portable. But, like Java, that also makes it slow, fat, and complicated.

QNX calls its version Flash Lite (har, har), and it’s a streamlined version of the Flash we’re all familiar with from Web browsers. Still, it’s got most of the features any self-respecting embedded designer would want. Even in its “Lite” form, however, Flash requires some decent embedded horsepower. QNX recommends a 400-MHz or faster processor and a couple of megabytes of extra RAM beyond what your application normally requires. You might get away with a slower CPU if you have a small screen (less than 800×600, for example) or less memory if you know ahead of time exactly what Flash files you might be displaying.

As a rule of thumb, QNX says to plan on 1MB of RAM for the Flash Lite software itself, plus whatever space your animation requires. The good news is, .SWF (ShockWave) files are pretty small because they use mostly vector graphics and not bitmaps, so you’re probably looking at around 100KB, not megabytes, for downloaded content. The bad news is, Flash is heavily interpreted, so you’ll need to allocate lots of heap space. Figure on 10-15 times the size of your content in heap space, so that’s another 1.5MB of RAM for our 100KB example.

Oh, and it’s going to be slow. That is, unless your processor comes with some sort of OpenVG acceleration. As you can see, adding Flash Lite is not for the faint of heart or light of wallet. But those hardware requirements aren’t out of line for many high-end embedded systems, and the ability to download and run Flash animation will add serious, er, flash and dazzle. There are a lot of clever and creative Flash developers out there, and it will be nice to bring desktop-quality graphics and user interfaces to high-end embedded systems. Now if I could just get it working on my iPhone.

In other news, erstwhile competitors MIPS Technologies and Tensilica have decided it’s better to shake hands than make fists. For the first time, the two microprocessor-design companies have come up with a way for SoC designers to use both processors on the same chip. And why would said SoC designers want to do this? Because two heads are better than one.

MIPS is the second-place leader (behind ARM) in licensing 32-bit microprocessor designs. Its licensees’ chips are popular in video games, TVs, set-top boxes, and an uncountable multitude of other devices. MIPS is popular, in part, because it’s a straightforward RISC design, clean and simple. And fast. And with lots of software support.

Tensilica, on the other hand, designs specialty processors. Or, more precisely, its licensees design specialty processors: the Tensilica CPU architecture can be extended, molded, tweaked, and modified to suit the designer’s whims. It’s like a processor construction set, and Tensilica-based chips are like snowflakes: no two are alike. That makes Tensilica popular among designers who want a little something different, either because they’re deliberately obfuscating their design or because they need special processing capabilities.

Like peanut butter and chocolate, these two disparate microprocessor flavors go well together. The two companies have typically competed, but have now decided that it’s better to embrace diversity. In practical terms, this means that MIPS sales and support staff won’t give you a hard time for placing a Tensilica core alongside your MIPS processor, and vice versa. In fact, both companies point out that the two processors work pretty well together after all. Who knew?

In a typical embodiment, the Tensilica processor would act as a media accelerator while the MIPS processor runs the “mainstream” operating system or user code. Although MIPS offers an optional MIPS-3D extension on some of its processors, it’s not in the same league as a standalone processor like Tensilica’s. And given that MIPS has been popular in a lot of media-related consumer electronics, it’s a good thing the company is giving its blessing to such heterogeneous unions.

Technically, the two processors communicate over a shared system bus. They’re not coprocessors in the usual sense. That’s both good and bad. It’s good, because you can develop the two hardware cores more or less independently of one another, and you can create and debug the software separately. On the downside, they’re not tightly locked together with a private communications medium, so they’re permanently at arm’s length. Some couples are just not meant to be.

Of course, the two processors have entirely different instruction sets and programming models, so they’ll always be destined to run different code. This is definitely a “two-headed” type of multicore cooperation. Still, it’s nice to see two former competitors bury the hatchet and realize that today’s SoC designs incorporate a lot of features that aren’t necessarily available from a single source. Embedded design is all about solving problems, and it looks like MIPS and Tensilica have solved one for us.

That’s it? Well, the change was actually more extensive than that. The company also whacked the entire executive staff, replacing them mostly with Indian expats. The company still makes products primarily for the telecommunications and networking industries, though now it’s trying to be less of a boutique supplier and more of a broad-range company.

Applied Micro still uses PowerPC in most of its chips. If you recall, this is the company that took over IBM’s midrange 403- and 440-series microprocessors a few years ago. That acquisition has been working well for them, and the company has designed and built a number of its own unique PowerPC chips since that time. The 460EX, for example, runs at 1.2 GHz with an FPU, and its Titan processor is a 1.5-GHz dual-core design that is unique to Applied Micro. The engineers there clearly know what they’re doing.