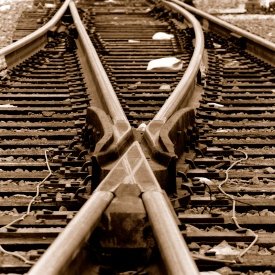 What the Hell Were They Thinking?!

Some things were just made to go together (peanut butter and jelly) and some just weren’t, (those two teenagers in the Classmates.com pop-up ads). Now the embedded industry has a new mashup: Intel and Wind River Systems. The #1 chipmaker has hooked up with the #1 embedded-software company. Is this a match made in heaven or a disaster waiting to happen?

So far, I like the deal. It draws public attention to the oft-neglected embedded market, it gives Linux a boost (possibly at the expense of Microsoft), and it underscores Intel’s commitment to embedded systems. As long as PC sales were booming, Intel and AMD had an on-again, off-again relationship with embedded designers. Sometimes they liked us and sometimes they ignored us. Now that Intel has put down serious money on embedded software, we can safely assume the company is now with us for the long haul.

Only two percent (2%) of the world’s microprocessors go into PCs; the other 98% are embedded systems. That lopsided market didn’t bother Intel (or Microsoft) very much through the 1990s or the early part of this decade. But as PC sales leveled off, both behemoths had to look elsewhere for growth. Now that other 98% starts to look like a juicy market. It’s currently dominated (if that’s the right word) by an assortment of smallish hardware and software suppliers, each with a single-digit market share. In short, it’s a very fragmented market.

If Intel can step into the fragmented embedded-systems business the way IBM entered the early personal computer market, it could make a big splash. IBM really added a dose of credibility back in the 1980s when Commodore, Tandy, Altair, and SWTPC were making personal computers mostly for hobbyists. Intel could add the same kind of “brand-name recognition” to our nearly invisible industry. As with IBM, Intel’s brand and “halo effect” could swing a fair amount of business its way. The technical factors are irrelevant; a lot of customers choose their supplier the way a lot of engineers choose tennis shoes: choose a brand you know, write the check, and move on.

A Million Here, a Million There…

Intel paid $884 million – all in cash – to purchase the entire company. For you Wind River shareholders out there, that’s $11.50 per share, or 44% above the going price. Such price premiums are typical when taking over public companies; it helps induce the existing shareholders to sell. Wind River did about $360 million in total sales last year (and made a decent profit on that), so in financial parlance, Intel paid a 2.5x multiple. That’s not a bad price. It’s cheap by the overheated standard of the late 1990s but average for a smallish software company in the current economy. In short, Wall Street won’t punish Intel too much for overpaying.

But why did Intel have to buy a software company at all? Couldn’t the company have developed embedded-systems expertise on its own? Sure it could, but that would take years, and Intel doesn’t want to wait. It wants to be big in embedded systems now. Just like any software startup, Intel could develop the technology (perhaps even really good technology), but getting the market to take notice takes much longer. Engineering is the easy part; attracting customers is the hard part. Just ask any startup founder or VC.

Buying into an existing brand, although expensive, is at least quick. It gives Intel instant access to Wind River’s installed base of customers, most of which are fairly high-end developers. Wind River’s software and services have always been expensive (by embedded standards), so acquiring Wind River instead of, say, Express Logic or Lynux Works, gives Intel access to the cream of the market. And because Intel and its shareholders are accustomed to the premium-priced PC market, this is less of a step down than other acquisitions might have been. One must keep up appearances, after all.

That Other Software Company

Will this deal antagonize Microsoft? You betcha. Intel and Microsoft were once inseparable bedfellows, and the “WinTel” domination of mainstream computers seemed permanent and unbreakable. But PC sales have leveled off, mostly because they’re faster than we need them to be. We’ve finally stepped off the PC-upgrade treadmill and no longer snap up the latest new processor and the latest version of Windows as soon as they come out. That’s bad news for both Intel and Microsoft, because demand for their fastest chips (Core 2 Duo) and biggest operating systems (Vista) has nearly dried up. The honeymoon is over, and both parties are looking for satisfaction elsewhere.

We’ve seen how low-cost “netbooks” have eaten into PC sales, simply because most new PCs are overkill for what Joe Public wants. So that leaves embedded systems. For its part, Microsoft has Windows Mobile, and it’s loosened the restrictions on Windows 7 Starter Edition so that it’ll still be considered for netbooks. On the Intel side, the company has its low-cost Atom processor, but it’s also developed the Linux-based Moblin operating system. Thus, Intel is positioned to snag the silicon business and the operating system business for new netbooks.

Acquiring Wind River – the biggest supplier of embedded operating systems and a deft hand at Linux – allows Intel to play like a grownup in the embedded marketplace. Sure, it’ll annoy Microsoft, but so what? Maintaining matrimonial harmony is no longer vitally important. It was always a marriage of convenience anyway. The two firms were happy to cooperate for as long as the PC gravy train kept running at full steam. They’re just as happy to step off once the momentum slows.

What does this mean if you’re using PowerPC, ARM, MIPS, or another processor? I think Wind River’s president gave us a big hint when he said, “Wind River will more tightly align its software expertise to Intel’s platforms to speed the pace of progress and software innovation.” After you strip away the annoying marketing buzzwords (alignment, innovation, platform, blah, blah) what you get is something like, “we’re gonna do x86 code.” I don’t think that means they’re ditching support for other processors and doing x86 exclusively, but it would be a big surprise if x86 didn’t lead in new development, updates, and new products.

The other embedded-Linux suppliers – and there are many – must be eyeing this deal with a mixture of nervousness and dread. On the one hand, it’s a high-profile endorsement of Linux. “Hey, if Intel would pay more than three-quarters of a billion dollars for an embedded-Linux supplier, it must be important.” That’s a bit like hearing B-list golfers say they like to play with Tiger Woods because it draws attention to the game even if it all but guarantees that they lose. On the other hand, it’s going to be tough to sell x86-based Linux products against the company that owns the x86 architecture and the biggest embedded-software firm around. Who would you trust for your support – the world’s best-known technology company, who made your chip and wrote all the code? Or an independent software firm that nobody’s heard of? No matter what Intel and Wind River do, their product will be treated as the gold standard for Linux running on x86. Everything else will be a second-rate knockoff, no matter how technically sophisticated. It’s going to be a tough sell for Monta Vista, Lynux Works, Timesys, and many others.

I think this deal represents two significant milestones, and they can be good or bad things, depending on your perspective. First, it’s a major endorsement and recognition of the importance of embedded systems. For too long, embedded technology has been the ugly red-headed stepchild of the more glamorous but less sophisticated PC business. Now we know that Intel is serious about embedded, and whether that’s good or bad for you personally, it’s still momentous. Second, the Intel/Wind River alliance underscores the importance of marketing, branding, and name recognition over technology for its own sake. I’m not saying that Intel’s or Wind River’s products are technically inferior, only that embedded systems is finally becoming like other businesses. Company reputation, size, installed base, critical mass, advertising, market momentum, status, support, and other nontechnical features are all playing a bigger role in embedded-systems development than they ever have. That’s inevitable, and it’s a sign of maturity. We’re slowly edging into the same kind of business environment that retailers, automakers, clothing stores, restaurants, and most other businesses deal with every day. Like them, our customers may not always choose the “best” product from our insiders’ perspective, but they are responding to a complex web of market pressures, desires, and needs. The playing field has been subtly altered, and as players and suppliers and participants, we need to respond to that. Otherwise, we’d just be making the same old widgets for the same old customers. And what fun would that be?