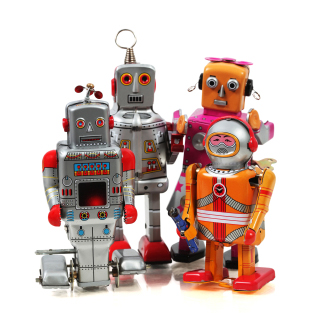 When you are exposed to around 40 companies presenting their latest and greatest products or philosophy, it is sometimes a little difficult to keep the b……t filter in full-on mode. On your behalf, I tried to be as cynical as possible at the Globalpress World Summit in San Francisco, trying to see through each professional presentation and slick use of PowerPoint to establish whether there was a grain of truth in its heart. (Of course all of us at Techfocus are experts in finding that grain of truth – but normally we get more than a few minutes between presentations to restore our sense of perspective.)

One of the threads running through the next report will be the broader issues of reducing power consumption both in electronic devices and in the world at large. (Hamster power, anyone?) However, it looks as though one of the mirages in power is finally coming closer to reality. Fuel cells have been coming “any time now” for a very long time; today we generate most of our power by burning fossil fuels to heat water to create steam to drive turbines to turn generators to create electricity, which is then transmitted along miles of energy-burning wires before being inefficiently stepped down from kilovolts to hundreds of volts and distributed to an outlet close to you, after which you step it down still further, usually to single volts, through an inefficient charger and store it in an inefficient battery. Battery manufacturers have made significant strides in getting small format cells with reasonable lives and power outputs: just look at the size of the battery in your cell phone today, with standby and talk times moving to days rather than hours, and compare it with those massive early designs where the batteries were the size of house bricks and weighed even more, but were very short on stamina. However, the battery guys are running into barriers. Even moving to explosive lithium ion batteries (you have seen the footage on You Tube) has given them only a short breathing space before they will have to try again to met the demands of battery-chewing applications, like You Tube, on the handset.

Fuel cells generate electricity through an electro-chemical reaction, right where the electricity is needed. The big barriers to fuel cell adoption so far have been firstly that the cells have been very big for the current they produce and secondly that the cells need regular supplies of fuel. Traditionally, much of the effort has been on hydrogen-based cells, but the last few years have seen a significant increase in research in the use of methanol, so much so that the airline regulatory bodies have agreed to permit small quantities of methanol to be carried on planes.

MTI MicroFuel Cells is a company working on developing methanol fuel cells, and they claim to be getting very close to the power / form-factor ratios that lithium ion has reached. Rather than trying to replace batteries in portable devices immediately, MTI is first filling an intermediate role. One prototype they showed was a charging unit designed to replace the bag full of chargers and plugs that a traveller needs today with a single fuel-cell-based unit. CEO Peng Lim also showed a replacement for the battery-filled hand grip units used for professional and semi-professional cameras, and a concept smartphone.

But the big step forward that MTI is also taking is that, working in conjunction with battery giant Gillette Duracell, it is designing a standard format for methanol fuel cartridges. The current design is a small rectangular plastic box about an inch square and a quarter inch deep that will simply plug into the units, rather like a memory card. Lim feels that initially, the early-adopter road-warriors and photographers will accept that they will have to buy their fuel cartridges from the same source from which they buy the fuel cells, but for volume use, users will need to be able to pick up cartridges from the same sort of outlets that currently sell AA batteries.

The engine within the fuel cell is a membrane coated with a catalyst. SRI (Stanford Research Institute) spin-off, PolyFuel, is one of the few companies making the membranes, supplying them directly to the companies prototyping methanol fuel cells and to companies like Johnson Matthey, which add further layers of catalyst before selling to the cell developers. Jim Balcolm, the President and CEO, wouldn’t be drawn on who their customers are but dropped very big hints and claimed to be serving 45% of today’s market, up from 5% in 2004 and still rising.

A totally different and fun thing was a data projector, small enough to be built into a cellular phone, yet capable of projecting an image up to several feet on a side. The PicoP from Microvision uses a MEMs mirror and an RGB light beam to paint a very bright and sharp image, currently at twice VGA format with a 12000:1 contrast ratio and so great a depth of field that it doesn’t need refocusing, demonstrated by moving the image from projecting onto a 2 foot square card to projecting onto the ceiling of the presentation room. As well as being integrated into the mobile phone, the company promises to produce a stand-alone unit to go into competition with data projectors. No longer will speakers have to fight to get their laptop to communicate with strange projectors; they will just bring their own projector in their jacket pocket, already fully loaded with the presentation and probably also fuel-cell powered.

Another toy was demonstrated by Sensor Platforms Inc. The company brings together “leaders in the fields of accelerometers, micro-magnetometers, algorithms and precision analog technology to address the rich opportunities … for location-aware sensors”. At one end it is producing products similar to the heart of the hand sets for Wii, bringing them into commercial applications such as creating or navigating 3D graphics. It also includes location awareness on a larger scale — for example, supplementing GPS in areas where the signals are blocked or infrequent such as the urban canyons of high rise city centres or inside large buildings. Applications could include a kid tracker – in a shopping centre or an amusement park for example, or a car locator – in the car park of a shopping centre or amusement park or at an airport. The technology is packed in standard chip packaging, making it easy to handle in production and interface to other devices.

And the last of the gizmos that stuck in the memory was CMOS Harmonic Oscillator technology from Mobius Microsystems. It is designed to replace Quartz Crystals as a frequency source for spread spectrum clocking. Since the technology is CMOS-based, it can be fully integrated into an ASIC, reducing components with all the good things that that means, and they say it is already in a volume ASIC. Stand-alone devices, the first of which, the MM8511 (catchy name), was announced in the Mobius presentation at Globalpress, can be used to lower EMI at critical frequencies. A single device will replace both a quartz crystal and the associated PLL. In fact they have designed the MM8511 to have the same footprint as existing PLL designs so it can drop into designs, leaving a hole on the board where the crystal used to be. The next product will be in ultra-thin packaging and aimed at replacing crystals in USB applications.

The second half of this Globalpress report will look at new views on power, some aspects of EDA, and panel sessions on a range of topics.