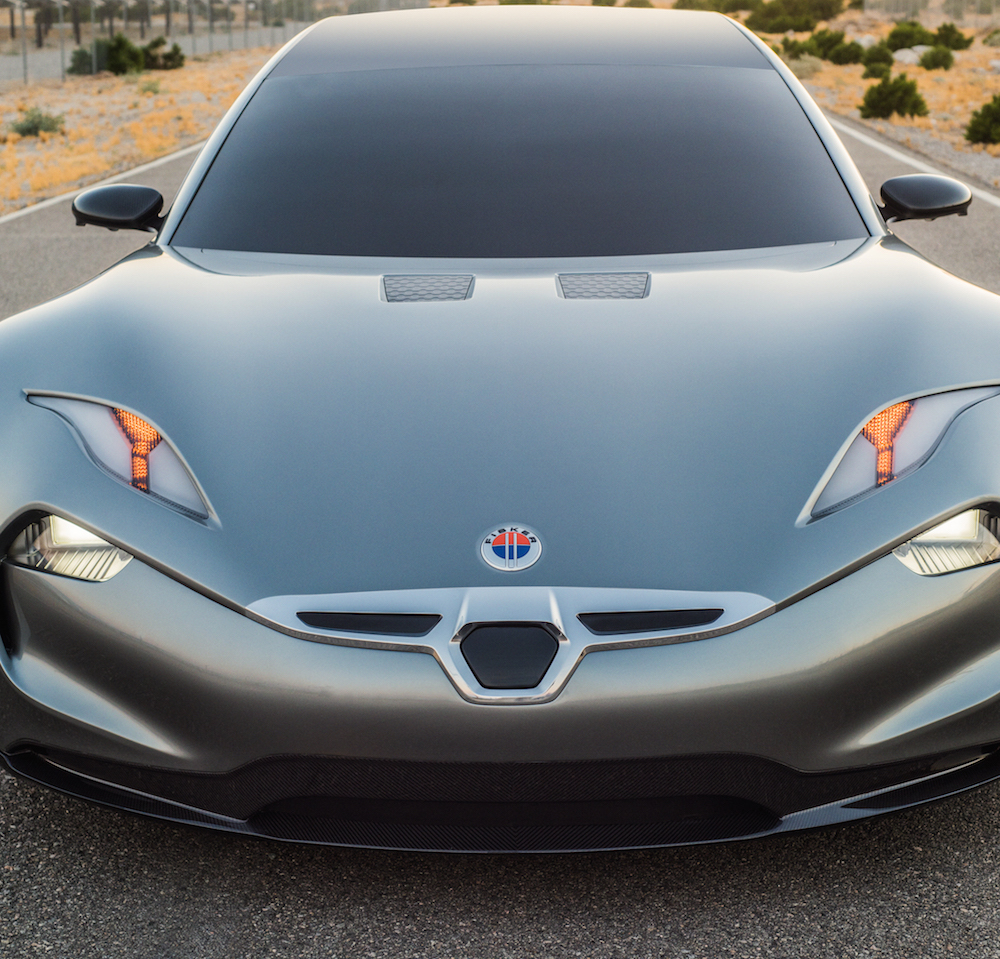 “Not many people have been able to start a car company a second time.” – Henrik Fisker

Let’s just come right out and say it: Henrik Fisker is like Elon Musk, minus the hype.

It’s hard to avoid comparing the two industrialists, given that the latter’s Tesla Motors and the former’s Fisker, Inc. are both designing and building sexy, fast, and expensive all-electric cars, and that both gentlemen hope to change the overall landscape of the vehicle marketplace.

Remember the Fisker Karma? Neither do most people, but that $100,000 gas/electric hybrid wrapped in drop-dead-gorgeous bodywork started shipping in 2011, sharing the roads with Toyota’s considerably less exotic Prius hybrids. About 2500 Karmas were sold before the company lost its battery supplier. The tooling, design, and IP rights for the Karma were sold off and Fisker Automotive closed its doors.

Fisker, Inc. (or Fisker Automotive 2.0, if you like) is a new company with even more ambitious plans. Now, instead of hybrids, the company is designing all-electric cars. Though the drivetrain has changed, the exterior design is no less striking. The Fisker EMotion (get it?) is swoopy, sexy, silent – and expensive. With a base price of $129,000, the car boasts an 800V, 143 KWh power system and a 400-mile range. It also quick-charges to about 30% capacity in just nine minutes, not much longer than the time it takes to pump gas. Fisker plans to officially launch the EMotion at the Consumer Electronics Show in January, with deliveries at the end of 2019.
This time, the batteries are standard, but their cooling system is unique. The cells come from LG Chem, but Fisker’s engineers have designed a cooling system that allows the company to reduce the number of welds and to pack the cells more tightly than usual, resulting in space savings for the vehicle. That allows the EMotion to go 400 miles on a single charge, or about 20% farther than a Tesla Model S 100D.

Like that other electric car company, Fisker doesn’t plan to sell through existing franchised auto dealerships, but neither does he intend to set up his own retail stores. Instead, Fisker has quietly gone about evaluating and licensing existing repair shops that have experience servicing hybrid and/or electric vehicles. Shops that pass the test become part of Fisker’s branded “EV Hybrid Shop” network of approved dealers and service stations. The shops will double as regional sales channels and as licensed service depots. Fisker expects to have somewhere between 300 and 400 EV Hybrid Shops online by the time the car is ready. The sales-and-service model allows Fisker to generate some modest revenue over the intervening years as the company spends heavily on R&D, while also building a low-cost dealer network. Fisker won’t own any part of the channel, so cash investment is low – a concern for any startup.

And, unlike a certain rival car company, Fisker isn’t interested in designing every part of the car. “We’re not designing seat frames or door handles,” he says, in an indirect swipe at his better-known industrial competitor. That’s detail work better left to OEM specialists.

Yet, design is in Fisker’s blood. Before he started his car company – the first time, that is – he worked for BMW, Aston Martin, Ford, and even Benetti Yachts. The rare and coveted BMW Z8 is his work, as are the Aston Martin DB9 and V8 Vantage, and the Benetti-Fisker 50 superyacht (starting price $37 million). So the man is handy with a pencil.

In this case, however, Fisker intends to focus on just two aspects of the automobile business: battery technology and battery charging.

Manufacturing cars isn’t even necessarily the goal. The EMotion will be built at a yet-to-be-named facility in the United States, but, after that, Fisker sounds happy to license his car designs and his battery technology to other players – just so long as they don’t compete directly with Fisker, Inc. Engineers from a certain Fremont factory need not apply.

Fisker’s company is working on its own solid-state battery technology alongside its current cooling systems. The hope is that the new cells will be nonflammable, use less cobalt, weigh less, charge faster, and be easier to manufacture than current li-ion batteries. The perfect battery, in short. Assuming that all comes true, next-generation Fisker automobiles (or cars using Fisker’s technology) could go hundreds of miles after a 1-minute charge. That’s faster than filling a gas tank, and, with inductive coupling, there’s no particular reason to get out of the car while it happens. Combine that with autonomous self-driving technology (also on Fisker’s radar) and the entire automotive experience changes.

While we’re waiting, maybe we can look at pretty pictures of the next Fisker design.